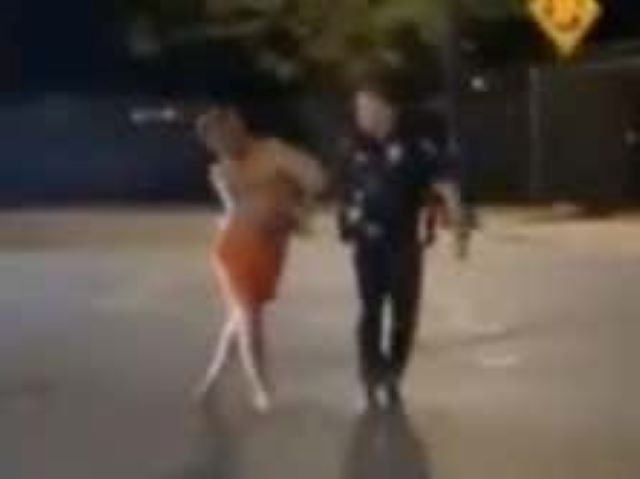 When you’re drunk and handcuffed and wearing nothing but a pair of shorts within the confines of a fenced off car park, there’s really no escape no matter what you do.

Credit to this young lad though – he gave it the old college try but ultimately, it just wasn’t enough:

He had us in the first half ngl @oldrownoles pic.twitter.com/jrE7RmQXbq

Ouch. Where did he think he was going? Well I guess the idea that it might be funny to twist out of a policeman’s grasp while handcuffed and headbutt him in front of a crowd of people spawns from being completely shitfaced, so I’m not really sure it was an escape attempt at all. I mean what was he gonna do? Jump over the fence?

Fair play to the cop for whipping his taser out, as brutal as it was. Just a shame the whole thing was filmed with a potato because this had the potential to be a truly great viral video. No doubt the kid was feeling it the next day when he woke up in the cells. You live and you learn.

For an amazing video of a handcuffed teen escaping from police on a Florida beach, click HERE. Who says it can’t be done?