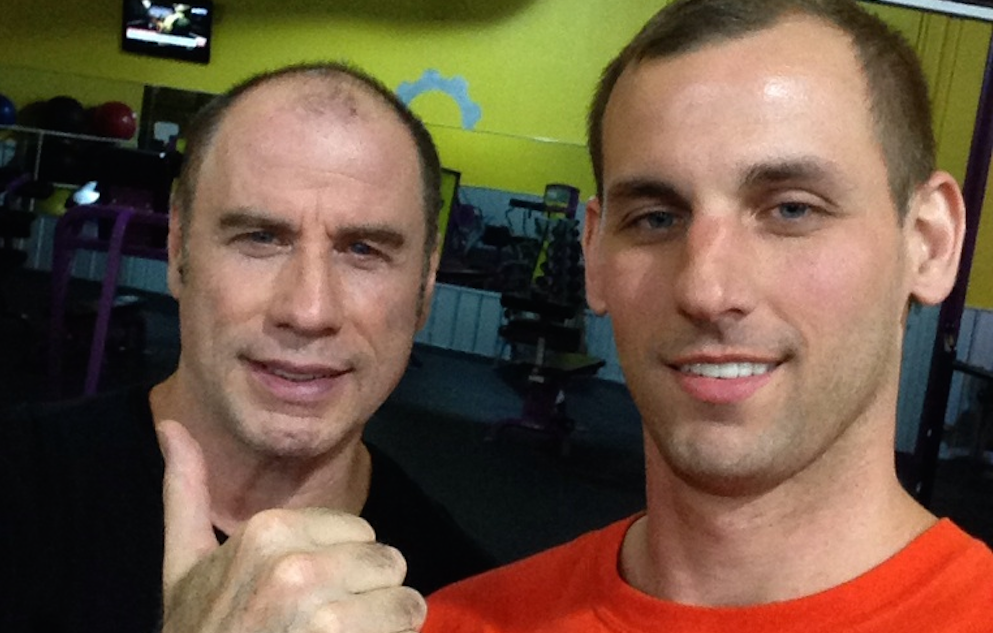 Sure thing, John. Whatever you say.

Last week we ran a story about John Travolta introducing himself to a guy at a deserted gym at 3 a.m. in the morning, which seemed a little weird at the time for fairly obvious reasons.

Don’t worry though, almost a week later John has released a statement that clears up what he was doing that night:

[I work out] for my health… as you get older, if you have kids that are young — I mean, my son’s 4 and my daughter’s 14. I should be really a grandfather, but I’m a father.

They still want me to play with them at the level of a much younger man. So in order to stay healthy for them, that’s what I do.

See, I told you he cleared everything up with that statement. Glad we got that sorted. It makes perfect sense that he would go to work out at a gym at 3 a.m. when he has to play with his kids all day and it makes him really tired. Duh.

However, all might not quite be what it seems as the guy who he approached has also come forward and told his side of the story. The guy – whose name is Justin Jones –  said the following:

I was completely aware of what was happening. He just walks right up to me and introduces himself — ‘Hi, I’m John.’

Well, there you go, seems pretty clear what was going on in that gym at 3 a.m. to me, just in case it wasn’t before.