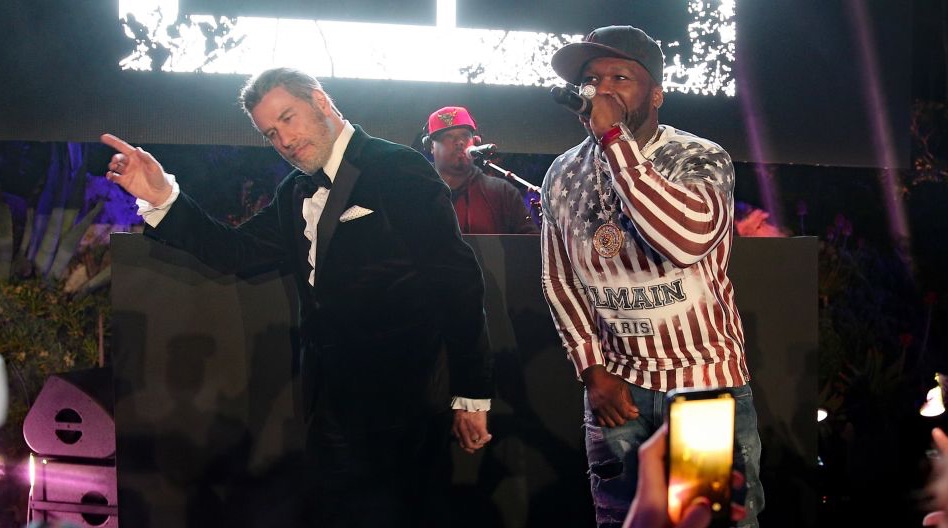 I’m not sure how old John Travolta is these days (quick Google – he’s 64) but I kinda thought he was winding down and probably wasn’t busting moves like he was back in the day in Saturday Night Fever or Pulp Fiction.

Turns out I was wrong and he still loves getting up on stage and boogying on down. For some reason it seems like the perfect opportunity arose again a couple of days ago at the Cannes Film Festival, where John decided to join his buddy 50 Cent (no idea how these two decided to become friends) on stage whilst he was rapping in front of some people taking pictures of them.

Needless to say, he absolutely killed it:

Okokokok, it’s hardly as memorable as some of his previous routine, but he still looks completely and utterly dope up on there and I doubt any other old white 64 year old dude could ever look that good up there with 50 Cent. You know what they say about class – it’s permanent.

Whilst you can’t deny that John Travolta is an awesome dancer, unfortunately he’s a complete and utter weirdo. Check this out if you don’t believe me. Told you.