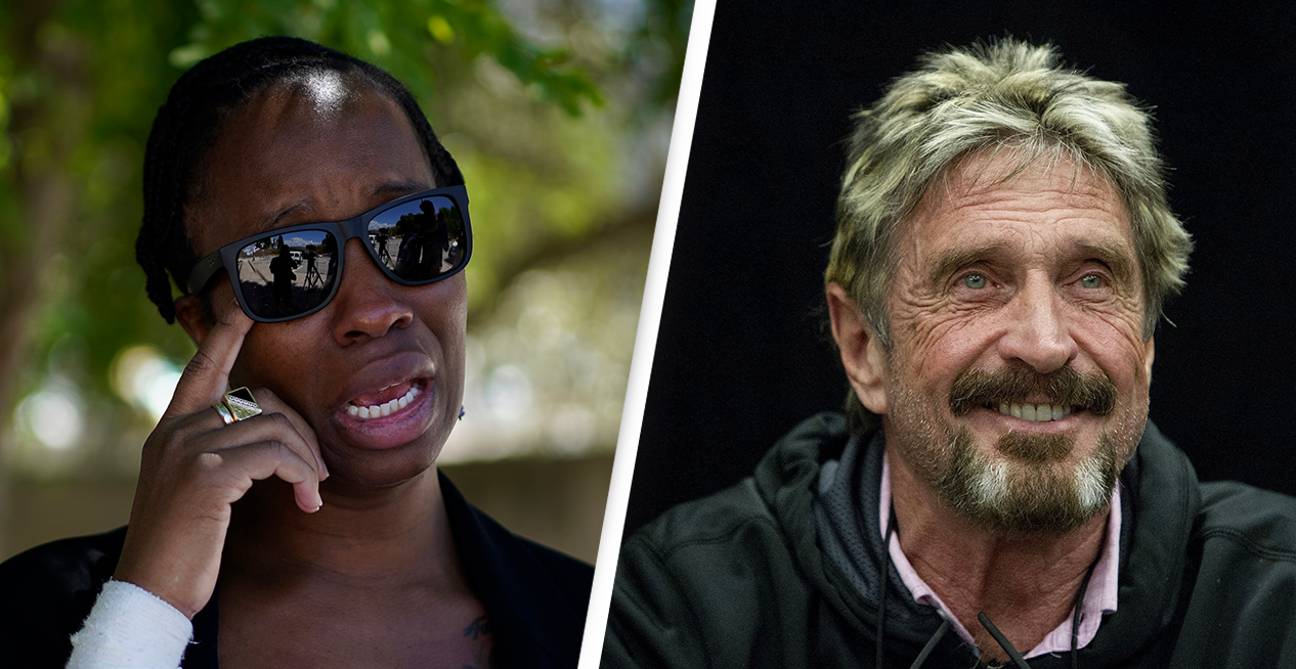 Internet antivirus tycoon John McAfee was found dead in his jail cell in Barcelona from a suspected suicide a couple of weeks ago and everyone immediately compared it to the case of Jeffrey Epstein and pointed out that the circumstances surrounding it were more than a little suspicious.

Now, his wife Janice has made it clear that she doesn’t trust the media reporting surrounding her husband’s death even one bit, saying the following:

I cannot begin to describe this pain I am feeling. That everyone who truly loved John is feeling. I have been struggling to write this tweet since the news of John’s death. I still cannot believe he is really gone. I miss you and I will love you forever John David. pic.twitter.com/FnmpaCWxCO 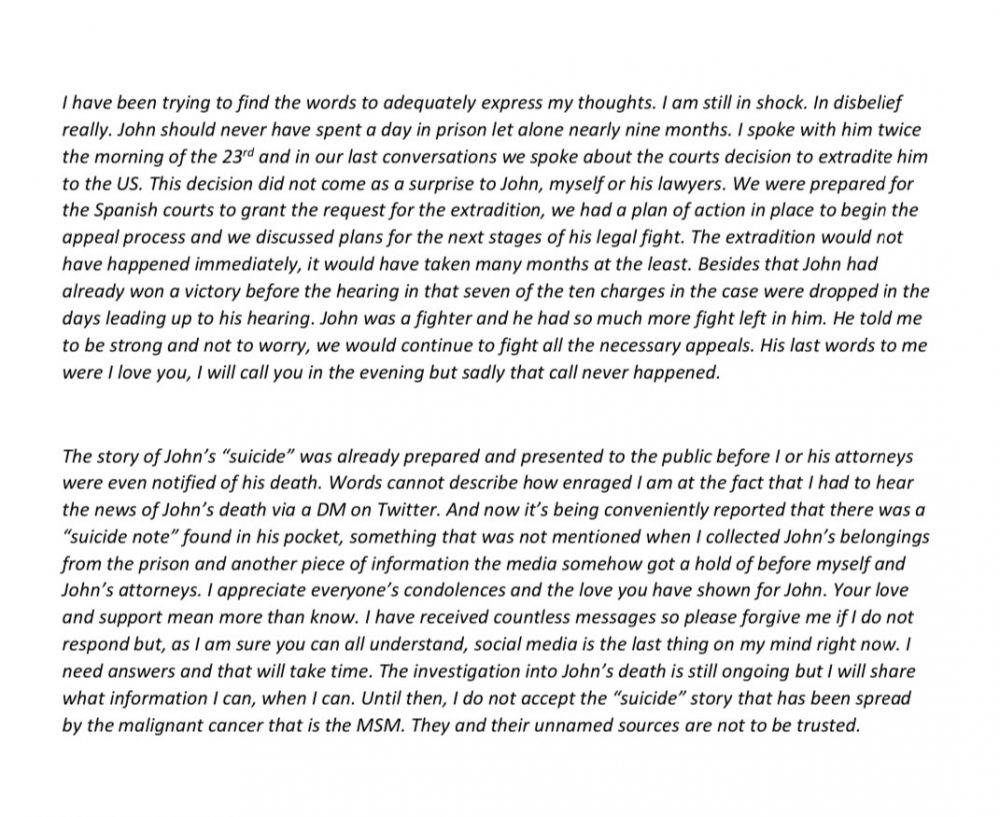 She’s kinda got a point there hasn’t she? I think anyone with a brain would see that there’s something not quite right about McAfee allegedly killing himself, but all the extra evidence that she’s provided there goes  to pretty much prove that something’s going on. Whether or not Janice will ever get to the bottom of it though is anyone’s guess.

For more of the same, check out John McAfee’s old tweets about what it would mean if he was found dead in prison. Very strange.