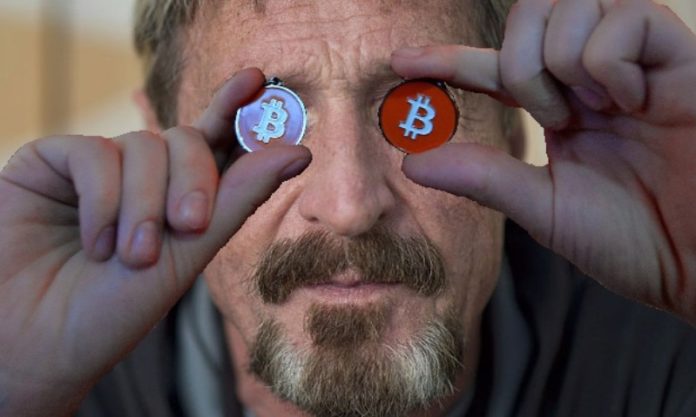 He’s called it before.

As everyone knows, Bitcoin is the biggest thing to hit the internet in years and everybody is talking about it as its valuation has soared from about $1000 at the start of the years to $17,500 right now. John McAfee reckons that it’s going to rocket even higher than that to $1million by 2020 though, and he’s called it before so he could be right: he’s previously said that Bitcoin would break $5000 this year.

Hmmmm. Is he talking about Bircoin or Bitcoin there though? That might be a good get out clause for him eating his own dick if he’s wrong about it, right?

Either way, he stills seems confident that Bitcoin is only going to get bigger and bigger and he’s probably one of the most qualified people to comment on it given his previous occupation. Up to you whether or not you want to roll the dice and believe him or not though.

Jordan Belfort – The Wolf Of Wall Street – on the other hand, thinks that the whole thing is a scam. Who to believe?