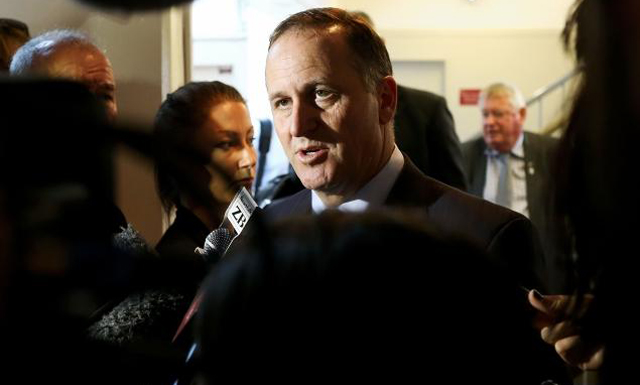 New Zealand prime minister John Key has had to make an official announcement in reference to his heritage.

New Zealand prime minister John Key has had to make an official announcement in reference to his heritage after an Auckland man filed an Open Information Act (OIA) request demanding the government provide proof to disprove his allegations of the politician being “a David Icke style shapeshifting reptilian alien ushering humanity towards enslavement”.

But when his office concluded they couldn’t provide concrete proof he wasn’t, they contacted the bloke to try and explain why the OIA had been declined before Key’s went on record to confirm he’d visited both a doctor and vet for good measure, with self-affirming results.

Other alleged aliens include the Queen, Sir Richard Branson, Obama and Rihanna.

Here’s a clip of John Key disputing the claim he is in fact a shapeshifting reptilian alien: