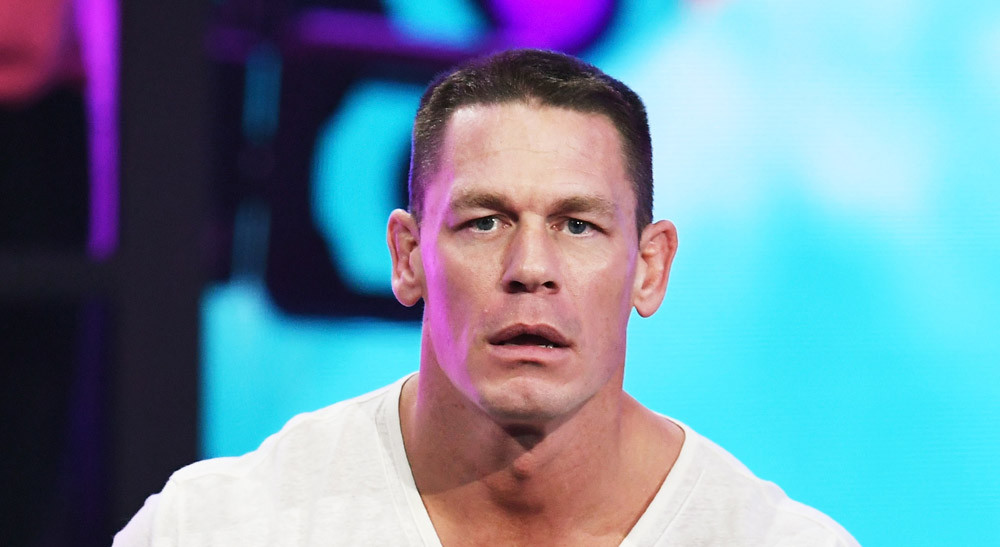 When your barber can’t see you.

John Cena might be going through some kind of crisis of confidence right now after splitting up with Nikki Bella and getting demolished by the Undertaker at WrestleMania in less than three minutes, but even that isn’t going to be enough to justify just how awful his new goatee is.

I’m not really sure what kind of look Cena is going for here as he clearly isn’t a hipster but everything about his beard and new hairstyle screams that he’s trying be one. Maybe when Nikki Bella kicked him to the kerb he rocked up at a loft conversion in Williamsburg and made a whole bunch of new friends. Although the suit is probably a big of a give away in this look.

Anyway, take a look at this and see what you think:

When your barber can’t see you pic.twitter.com/FWGDvojDkR

Think like that WWE Meme account really nailed it with that comment – not really sure there’s too much that I can add to it to be honest. Hopefully Cena gets rid of that before he returns to the WWE again because that isn’t exactly going to get everyone backing him again? He would probably have to turn heel if he came back looking like that – but maybe that’s the Attitude Adjustment that he needs. Groan.

For more John Cena, check out when he got a boner after the Undertaker tombstoned him at Wrestlemania. Strange.