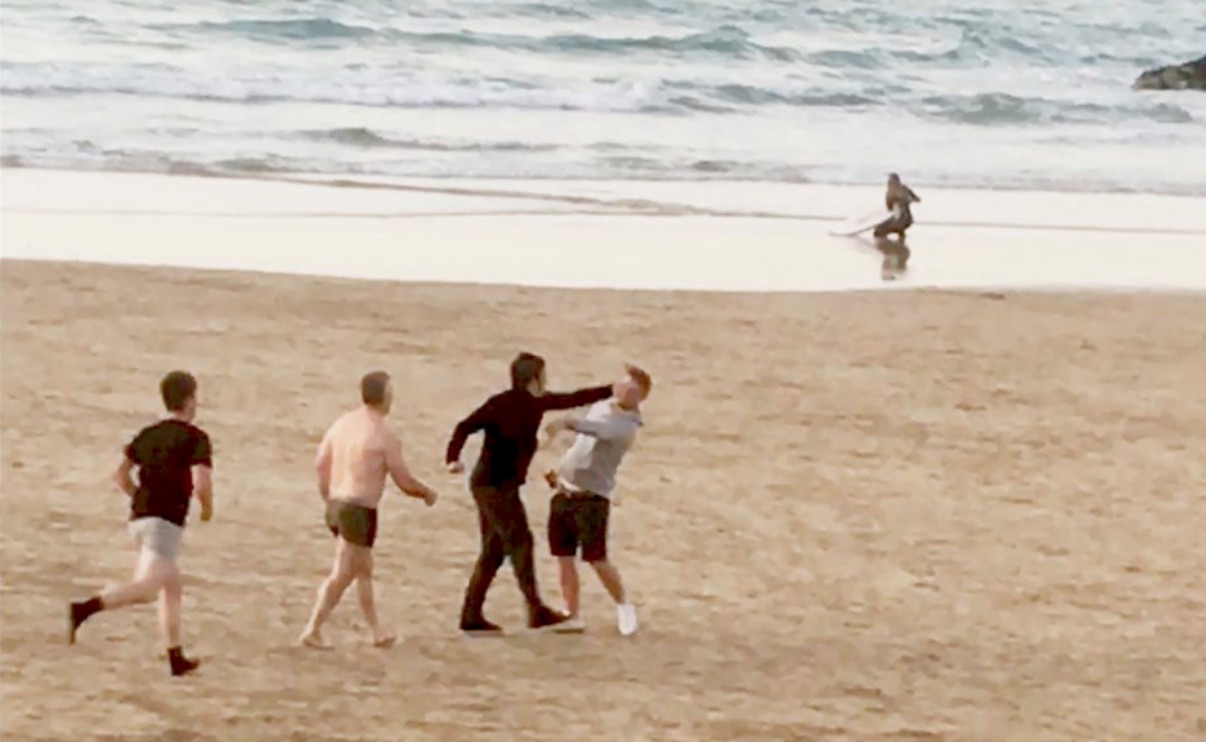 Wherever Joey Barton is found, it’s pretty much a guarantee that there’s going to be trouble around and this adage appears to be true even on his stag do.

Barton is set to marry long term girlfriend Georgia McNeill and decided to celebrate by heading down to Newquay to celebrate with a bunch of his oldest pals. Unfortunately things turned violent after the gang had been drinking on the beach and running a few races and that when a man from another group rugby tackled on of Joey’s friends and it all kicked off.

You can see the video below and hear what one bystander said about it all underneath that:

During a race a lad from another group rugby tackled one of Joey’s mates — then it all kicked off.

The fella didn’t start the trouble but threw punches and knew how to handle himself.

It got out of control quickly. There were children watching and their parents hurriedly took them away.

It was extremely violent.

I mean yeah, it does look like a bit of a ruckus doesn’t it? You can’t actually tell if Joey Barton is involved himself, but I suppose you wouldn’t exactly be surprised if he was in there throwing the first punches would you?

For what it’s worth, apparently the gang were thrown out of another pub over the weekend for being too rowdy, but some other people have said that Joey himself was pretty well behaved and happy to pose for photographs. He’s categorically denied being involved in this brawl, but even if he was he would still say that wouldn’t he? Who knows?

For more Joey Barton, here he is discussing art with The Guardian. Lol.