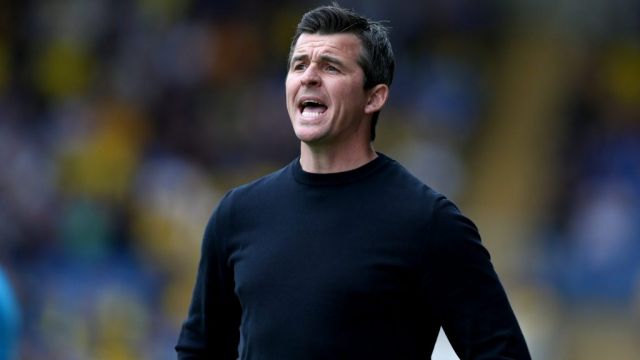 Good old Joey Barton was back to his usual tricks at the weekend as he was accused of assaulting rival manager Daniel Stendel in the tunnel after a game between Barton’s Fleetwood Town and Stendel’s Barnsley.

Details of the attack weren’t released at the time although there is a really funny video of Barton trying to escape from police on his way out of the ground doing the rounds on  social media which you can see below. They’re starting to emerge though with one witness saying that Stendel had two of his teeth knocked out and that he was left with blood pouring out of his face.

Joey Barton getting stopped after the game, but look at the good old British police woman with not a clue what's going on 🤣🤣🙈#JoeyBarton pic.twitter.com/ySVvpKBlga

Apparently the fight started after Barton chased him down the tunnel following Barnsley’s 4-2 victory, with Barton particularly angry about Fleetwood’s Harry Souttar being sent off in the second half. Stendel wasn’t interested in anything Barton had to say and said he was ‘just a fucking scally’ which caused him to lose the plot and start smacking him in the face.

The police are already investigating the incident and have already spoken to Barton but will talk to him again later this week as they decided whether or not to press charges. Really want to know what actually happened between these guys so hopefully some more stories about it will emerge in the coming days. Probably isn’t going to be over for a while.

For more of the same, check out this absolutely ridiculous story he once told about Sam Allardyce. Joker.