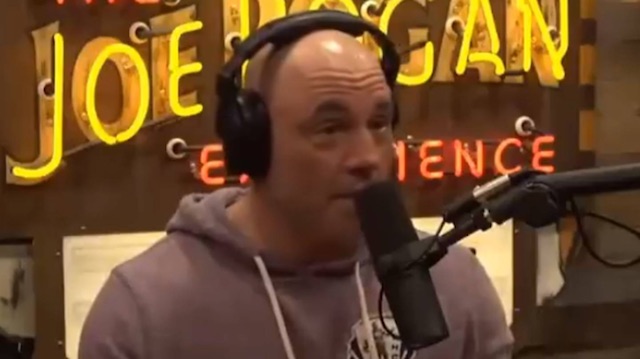 Has he got a point?

Joe Rogan is probably the world’s most famous podcaster and we all know that he’s not afraid to share his opinions about ‘woke bullshit’, so it probably shouldn’t be that surprising to hear that he thinks all straight white men will be silenced if the culture continues to develop.

Rogan was speaking to comedian Joe List on the latest edition of the show where he said the following quite interesting points which are probably devalued slightly by the headline:

You can never be woke enough, that’s the problem.

Because it’s your privilege to express yourself when other people of colour have been silenced throughout history.

It will be, you’re not allowed to go outside.

Because so many people were imprisoned for so many years – I’m not joking, it really will get there. It’s that crazy.

We just gotta be nice to each other, man. And there’s a lot of people that are taking advantage of this weirdness in our culture, and then that becomes their thing.

I don’t even want to get into this. I can kind of see what he’s saying but I think that it’s a pretty extreme reaction to say that straight white men won’t be allowed to say anything and won’t be allowed to go outside if we keep going the way we’re going.

Straight white men are always talking and Joe has a podcast that something like a hundred million people listen to – nobody is going to stop him from talking. I suppose it’s feasible he might be forced to stay in his studio to record it, but that’s still pretty silly.

Most important thing he said there is that everyone has just gotta be nice to each other. That’s definitely something that certain woke mobs and cancel culture gangs should listen to and take notice of.

For more of the same, check out Glenn Danzig saying that a punk rock explosion would never happen now because of ‘Woke Bullshit’. Kinda has a point.