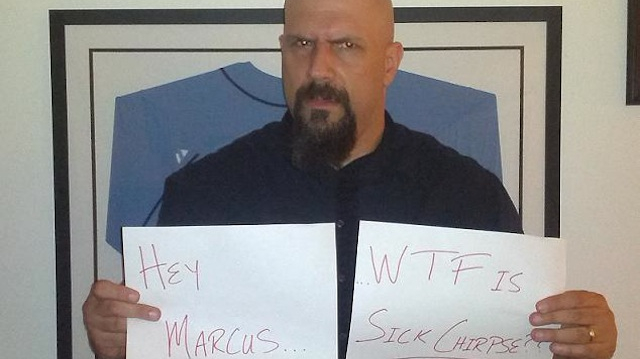 We interviewed Joseph Lozito – the man who stopped a knife-wielding serial killer and got stabbed seven times in the process – but unfortunately he didn’t know who we were.

On February 11th 2011, a serial killer, who would go on to be described by a judge as a “violent predator and sociopath”, began harvesting victims. Maksim Gelman, an American citizen born of Ukranian parents, killed four people and injured five others during a brutal 28-hour frenzied rampage.

Gelman repeatedly stabbed his stepfather in front of his mother. Friends of Yelena Bulchenko, a young woman known to Gelman, claim he was obsessed with her and fantasized about her. He killed her mother. Then some think he sat with the body for hours, waiting for Yelena to come home. When she did, Gelman chased her, caught her and stabbed her 11 times. She died. Gelman later killed a stranger with his stepfather’s car and frantically stabbed another five random strangers. 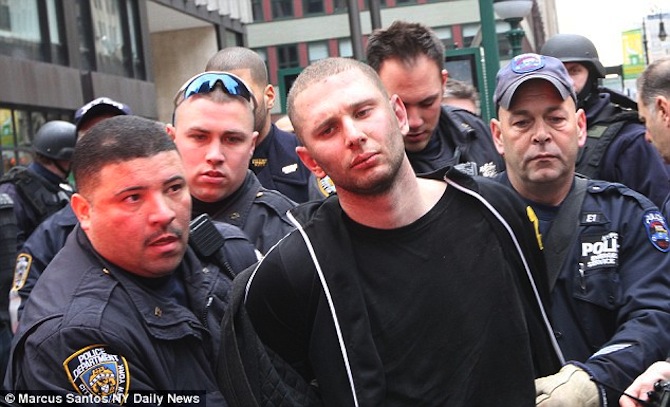 I had to re-write those first two paragraphs. I needed you to understand the madness of the situation. That guy lost it, killed people he knew in cold-blood and then decided to continue killing people. His random selection of victims meant if you happened to have been in his vicinity during that period, you could have died in a pretty horrifying, painful and gruesome manner. Joe Lozito is not a cop, he’s not a super hero, he was a guy on the subway that Gelman selected, attacked and tried to kill. I wanted to ask Joe some questions. So I did. And he answered.

Q. The moment when you decided to engage the killer is what really intrigues me… do you remember there being an adrenaline rush?

A. Honestly, at that moment, it was just instinct. I could do nothing & definitely die or fight back and try to survive. I chose to fight.

Q. I have only one experience in my life when instinct took over… I gave an old man the Heimlich Manoeuvre in a Chinese restaurant… unfortunately I was driving that day so my friends Tony and Jim, who just sat there eating ribs, drank the beers we were bought as a thank-you… it only dawned on me afterwards that my body had naturally reacted before my brain… and it still leaves me thinking, “what the fuck?”… does that reaction sound familiar? Body went before brain?

A. That’s amazing! Great job saving that person’s life! Absolutely. Like I said, I had no time to think, it was either fight or get carved like a pumpkin. “Body” definitely went first.

Q. It must have been a real fight-or-flight moment — have you had any other life experiences that come close to that feeling?

A. Nothing before that and I hope nothing like that ever again.

What you probably don’t realise is that Joe is pretty lucky to still be alive. Joe isn’t just some good citizen that tripped over a guy running past him and sat on him till the cops came. Joe got stabbed. Seven times. In the arm, the back of his head and just below his eye socket on the front of his face. This wasn’t some easy-ride have-a-go-hero saves the day. Joe blacked out from the attack he suffered. He ‘d lost a huge amount of blood. 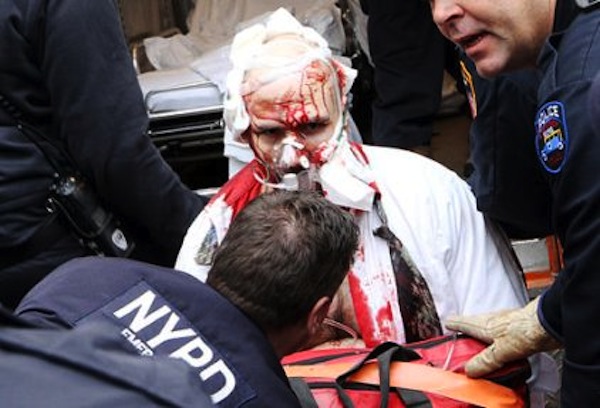 The killer had been on the run after his first murders. There’s an article showing the alleged graffiti ‘artwork’ he drew. I use inverted commas because I won’t give Gelman the satisfaction of calling his work real art… art is amazing… art is raw awesome talent… there is no way his doodles should be compared to the illustrations of the Hungry Hungry Caterpillar or Spot the Dog. Epic, fucking loved Spot and his hide and seek bonanzas.

Anyway… if you’ve got a little bored of my waffle and want to find out more about Joe, let me tell you he’s not a small dude. He looks a proper unit. Does that make it what he did any less impressive? No, course not. Doesn’t matter what size you are when you’re faced with a killer carrying a weapon. You’re in danger. You could die. To be barefaced about it, the likelihood is you will die.

Q. Would you say you’re an adrenaline junkie?

A. I would say I’m the exact opposite of an adrenaline junkie (laughs).