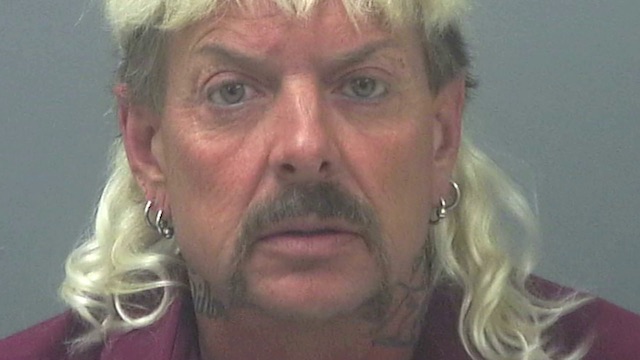 One of the dumber stories of the past couple of days has revolved around Joe Exotic believing that Trump was going to grant him a Presidential party for no real reason other than ‘Tiger King’ being really popular, even though the main reason it was popular was pretty much because of what a disgusting and awful human being he was.

Anyway, Joe was understandably devastated about not receiving a pardon on Tuesday – especially after Lil Wayne and Kodak Black both managed to nab one – and has released the following statement communicating his feelings on the issue:

I was too innocent and too GAY to deserve a Pardon from Trump. I only mattered to Don Jr. when he needed to make a comment about me to boost his social media post. Boy were we all stupid to believe he actually stood for Equal Justice? His corrupt friends all come first. pic.twitter.com/ysGfwnqlHi

Well, I suppose he has a point about Don Jr. tweeting about him to boost his social media post, but the guy has to seriously be living on another planet if he ever thought that this was going to happen. His homosexuality may have played a part sure as it seems like Trump is very anti homosexuality and transgenderism, but again to say that he’s innocent in the face of completely overwhelming evidence is again the kind of stuff that you only hear up in cloud cuckoo land. Enjoy the next twenty years of your sentence pal.

For more of the same, check out this timeline of the day of the Joe Exotic pardon escapade. Really funny stuff.