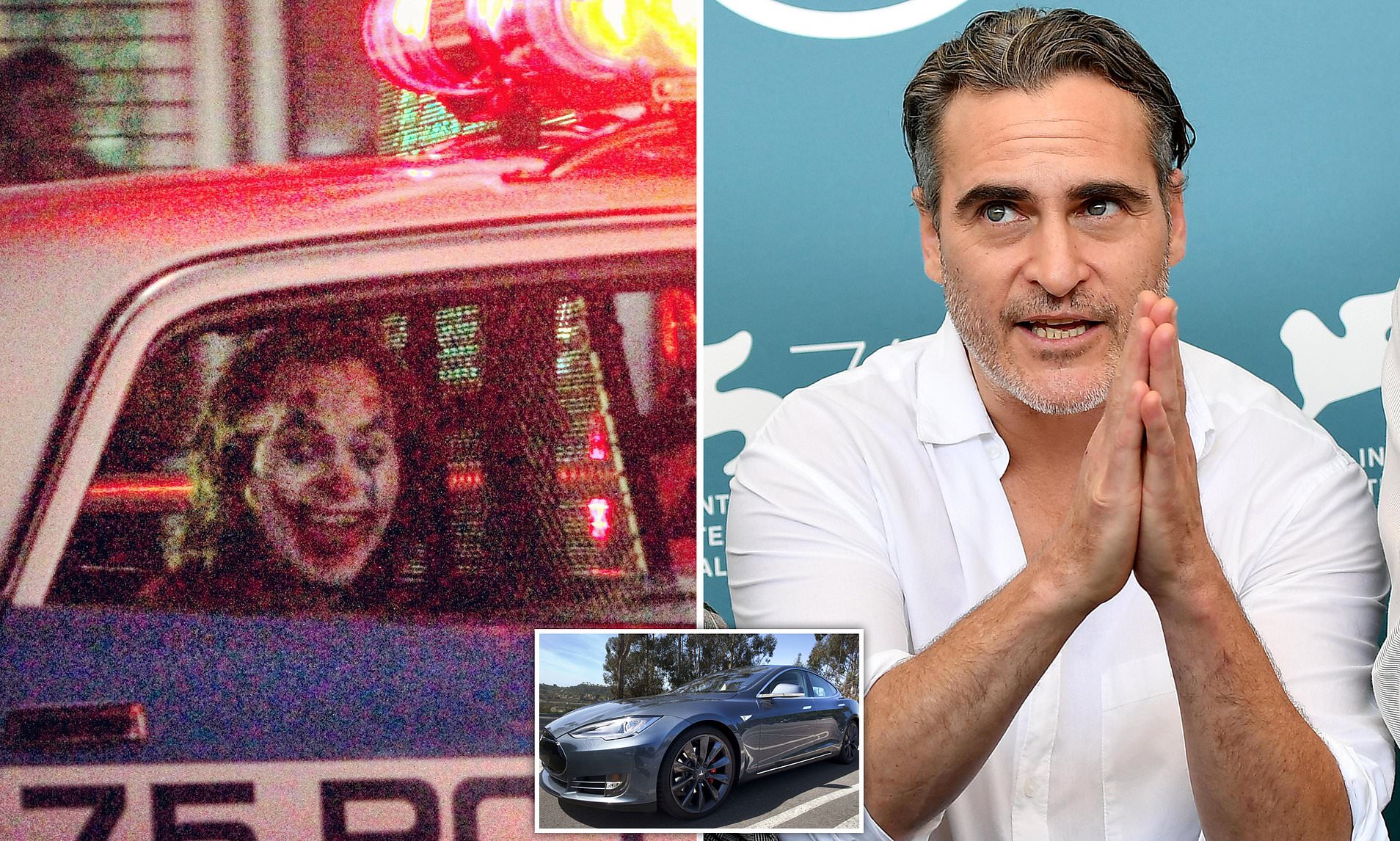 The nutter is STILL in character.

Remember that bit in ‘Joker’ (spoiler) where the ambulance smashes into the cop car carrying Joaquin Phoenix? Well it looks like Joaquin has finally got his revenge because he just smashed his Tesla into a paramedics’ truck earlier today.

Authorities told TMZ that Joaquin was making a right turn out of a car park when his Tesla crashed into the unoccupied vehicle.

Joaquin immediately parked up and found the paramedics, who were on a call, and explained what happened – he simply misjudged it and didn’t make a wide enough turn. D’oh.

Police were called, everyone exchanged insurance info and a damage report was also taken because L.A. County property was damaged. 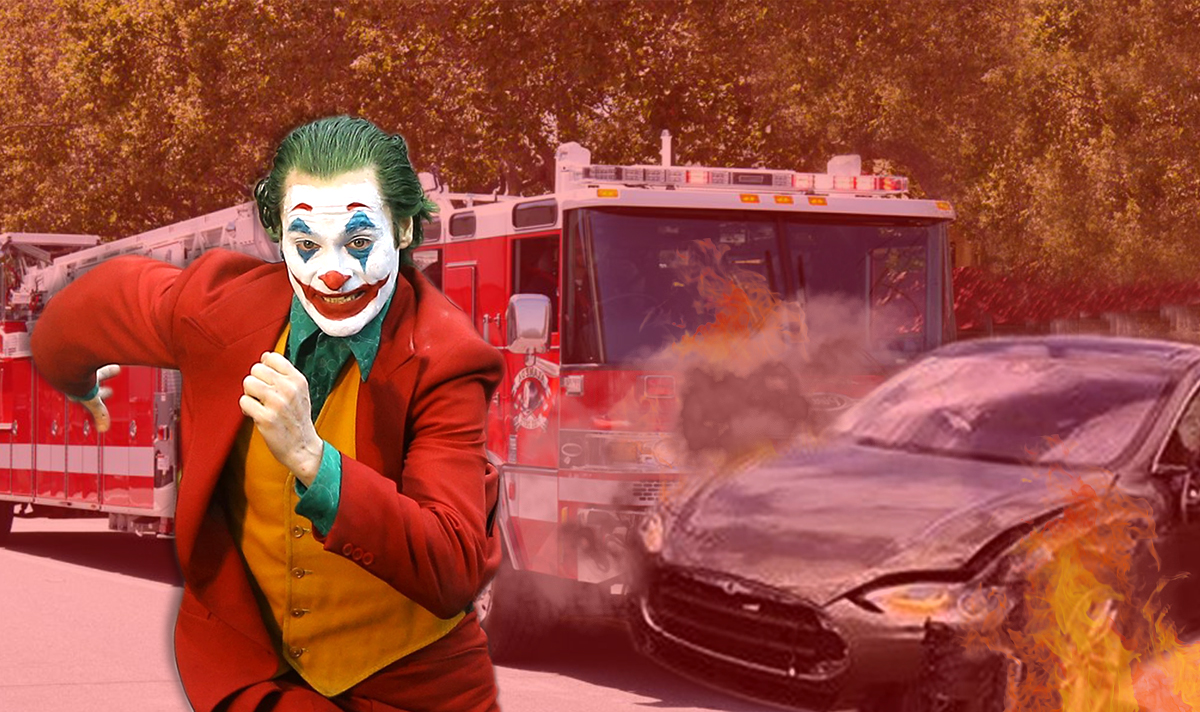 What is it with actors who play the Joker going full-on method actor mode? The film’s already been out a couple weeks and Joaquin is still going around town raising absolute hell and smashing his car into parked vehicles. We all know how things ended up with Heath Ledger so on this evidence Joaquin is one to keep an eye on IMO.

Maybe he was just preparing himself for the Joker sequel? Can’t wait for that one.