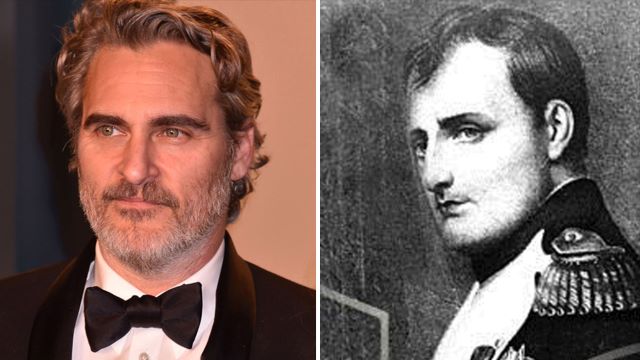 This will be epic.

The history of French emperor Napoleon Bonaparte is pretty fascinating. By age 24 he was a general in the French army, by 30 he was the ruler of France, and by 36 he had destroyed the Holy Roman Empire and essentially owned the whole of Western Europe (aside from Great Britain – he wasn’t that tough).

It was downhill from there for Napoleon – failing in his invasion of Russia, getting trounced at Waterloo, and being exiled to Saint Helena. His notoriety as a tyrannical short guy with an inferiority complex inspired the modern term ‘Napoleon complex’. I’m pretty sure a doctor also cut off his penis and it’s since been inherited/sold several times at auction and compared to a shriveled eel, beef jerky, and “”maltreated strip of buckskin shoelace”. Yikes.

Well anyway, according to The Hollywood Reporter, Ridley Scott & Joaquin Phoenix are teaming up for a movie on the life of the French ruler, and will look to recreate some of the magic they made in ‘Gladiator’ all those years back:

Two decades after the release of Gladiator, Ridley Scott and Joaquin Phoenix are looking to reteam on another historical drama.

Scott is set to direct Phoenix in a Napoleon Bonaparte movie Kitbag, which is in early development. David Scarpa (All the Money in the World) will write the screenplay.

Can’t wait to see what they do here as obviously we have one of the finest actors of our generation in Joaquin Phoenix and one of the finest directors in the game in Ridley Scott telling the story of one of the most powerful and influential men in European history. The only thing I’m wondering though is that at 5’8″, is Joaquin Phoenix quite short enough to play Napoleon, who was more around 5’5″? I’m sure they’ll figure that one out.

For a look at Colin Farrell as The Penguin in the next Batman film, click HERE. Unreal makeup job.