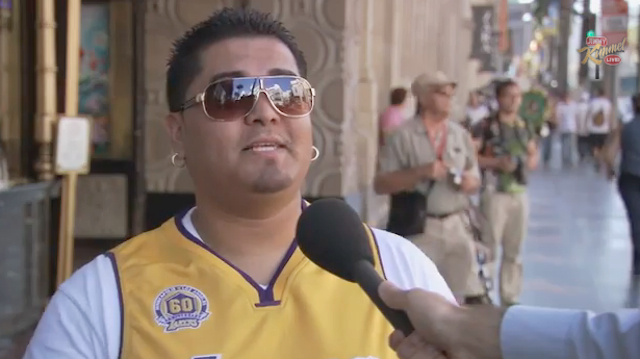 This time he asked them which they preferred – ObamaCare or the Affordable Care Act, despite the fact they’re the same thing – and quietly listened to their dumb explanations for this.

Jimmy Kimmel is fast becoming a Sick Chirpse favourite as he constantly seeks to troll dumb Americans about how stupid they are – it’s great because everyone hates dumb Americans so it’s even better when one of their own is actively trolling them rather than some foreigner. It does make me wonder who tunes into his show though if half the population of the country is as dumb as these videos.

This time he’s hit the streets in the wake of the government shutdown (if you need the full story on this check it out here) to find out the average American’s preference for the two health packages that are currently on the table, and which have essentially caused the government to shut down, ObamaCare and the Affordable Care Act. The only problem is that ObamaCare and the Affordable Care Act are one in the same thing, except nobody they ask seems to realise this and they give predictably stupid and cringeworthy answers – it’s great.

Unsurprisingly, most people asked were against ObamaCare and preferred the Affordable Care Act. It’s all in a name yo.

â˜› More Jimmy Kimmel: Jimmy Kimmel Made Up Fake Band Names And Asked People At Coachella About Them; They All Pretend To Like Them