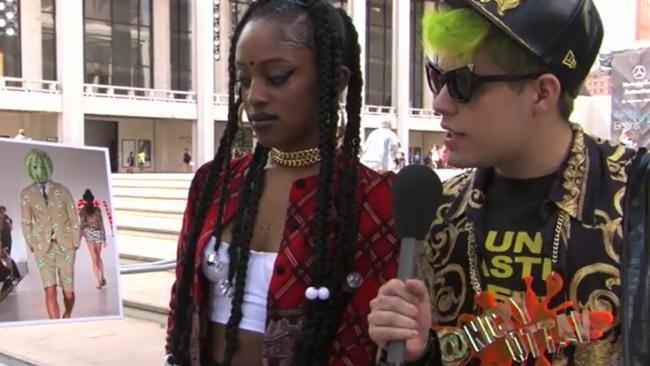 Making up fake names to trick hipsters into looking stupid is probably one of the most fun games you can ever play.

There’s nothing better than when Jimmy Kimmel (an American talk show presenter if you didn’t know) heads to some hipster event and talks to the attendees about fake people and films their reaction – which normally involves them gushing about said person who isn’t real and making up loads of stuff about them so that they seem hip/cool/down with the kids.

He did it earlier this year with Coachella (which could be the ultimate hipster event before this one) and now he’s doing it with New York Fashion Week. The results are just as cringeworthy and hilarious. Normally these kind of things get called out for just overdubbing the question to make the person look stupid, but there are a bunch of clips in this collection where there’s no way that could happen, and that makes it even better. There’s also a guy wearing a cap that says ‘Gangnam Style’ on it.

â˜› Watch Next: Jimmy Kimmel Asks Coachella Attendees If They Have Heard Of Fake Band Names; They All Have