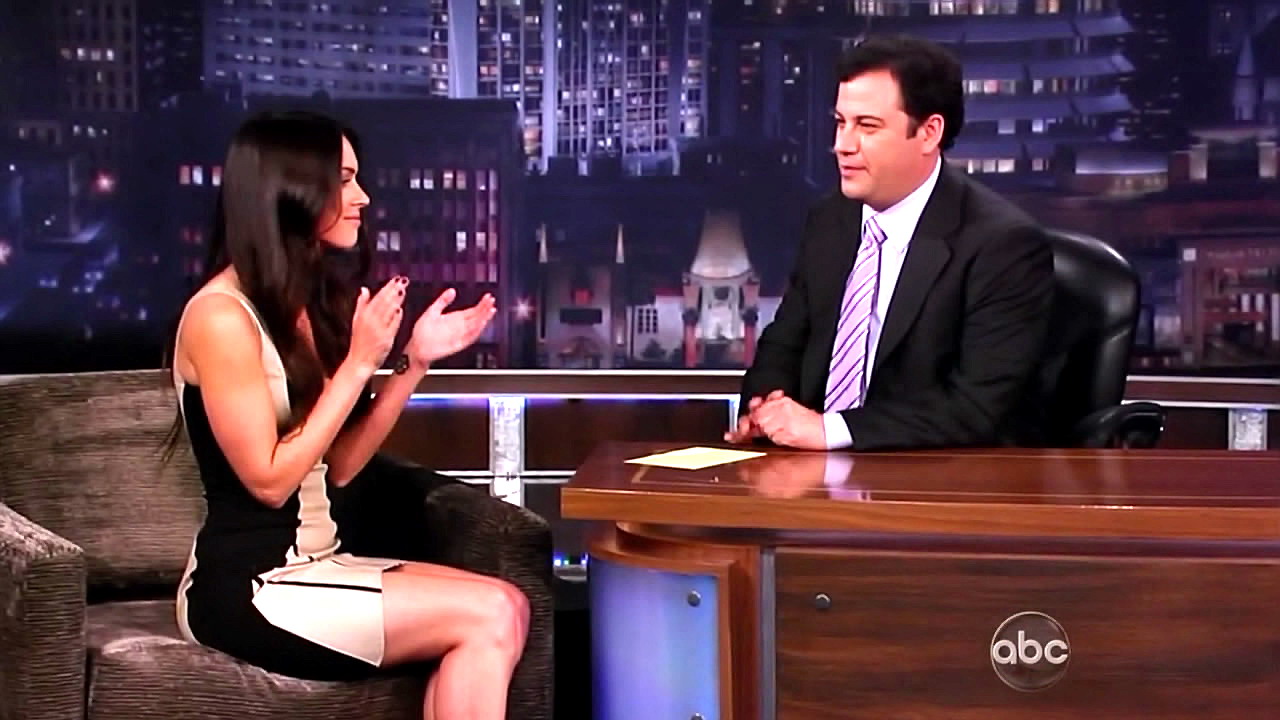 US talk show host Jimmy Kimmel announced last week that he was taking a break to spend time with his family, which many assumed was due to resurfaced video clips of him in blackface which sparked all sorts of outrage online.

Well Jimmy might want to make his hiatus permanent at this point, because another dodgy clip has surfaced and this time it’s from back in 2009 where he’s laughing and cracking jokes as Megan Fox describes Michael Bay sexualising her aged 15.

Probably not the response she was hoping for:

teen girls being preyed on by older men has never been taken seriously and still isn’t pic.twitter.com/t1rF80UTj1

Yikes. It’s especially surprising considering how “woke” Jimmy Kimmel is nowadays, but then it goes to show we’ve all said and done stupid things in the past and so maybe don’t go digging up people’s mistakes from 10+ years ago unless you want the same thing done to you.

The craziest part isn’t even that he’s laughing through her story, it’s the bit at the end where he basically says “we all have thoughts sexualising underage girls but we keep quiet about it because we’re the good guys.” What’s more the audience lapped it up! The way Megan Fox reacts as well is as though she finally realised “FML, guess this is what all men are like”. Which isn’t the case but the reason Jimmy Kimmel thinks so is because he’s surrounded by creeps and perverts in Hollywood 24/7.

Here’s some of the reaction:

Megan, “…..youre not getting the point of this story, are you?”

What an utterly disgusting take by Kimmel. Why is, “I’m so sorry that happened to you”, something that is beyond his imagination to say. Instead he offers, “We all have those thoughts, but we repress them”. God damn, she was 15. Who the Hell is “We”?

When the brushes her hands down her legs, trying to protect herself, to hide, poor girl was so uncomfortable

@jimmykimmel, you have girls. Imagine if it was them telling you the story that Megan told you? Would your response have been the same? The more men like you normalize this behavior, the more men, also like you, behave this way. Remember that every time you look at your girls.

This is weirdly effed up. His reaction about repressing those feelings. Ewww

And she repeatedly stated “I was fifteen” like trying to see if it will hit home for Kimmel but… Sucks!

Somehow I don’t think we’ll be seeing Jimmy Kimmel back on our screens anytime soon.

For a look at Megan Fox’s comeback in the new Machine Gun Kelly interview, click HERE.