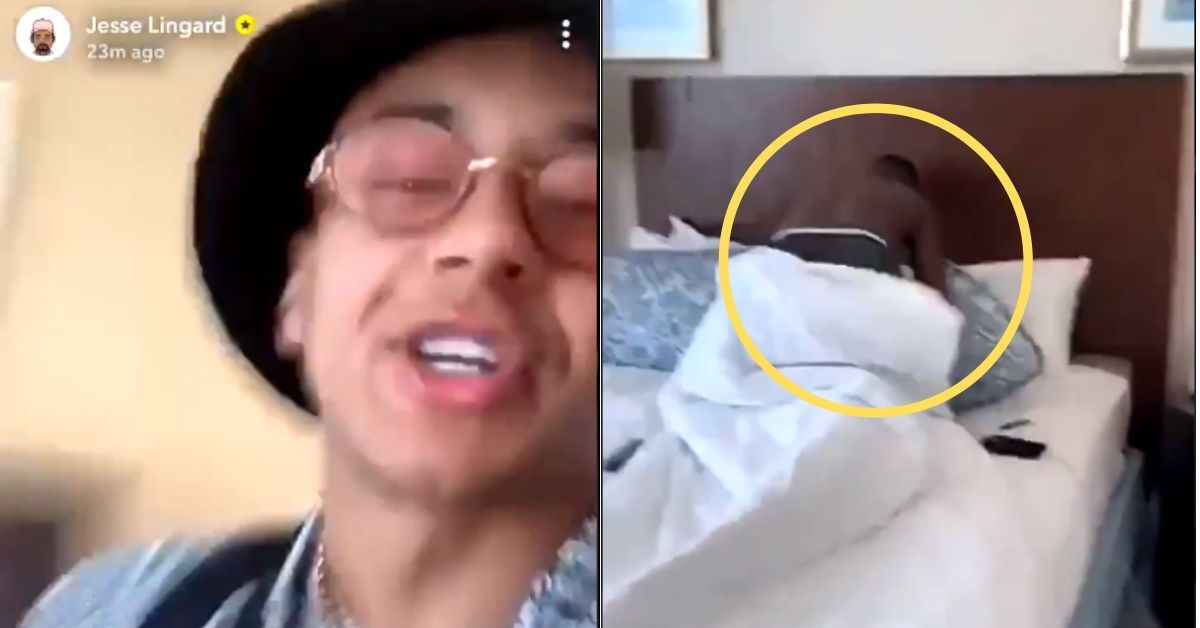 26-year-old Manchester United star Jesse Lingard is acting like a teenager on his first lad’s holiday in this latest clip that’s bound to wind up the manager and bosses at his club.

It’s even more cringey considering he didn’t exactly have the greatest of seasons with United this year.

Rashford and Lingard.
Single handedly wiping the gloss off the once great Manchester United. pic.twitter.com/GEAsrUjloe

Here’s the reaction on social media:

That Jesse Lingard video…..I mean it’s not bad if you’re on a lad’s holiday to Ibiza and you’ve got a few hundred followers. But as a Professional footballer for one of the biggest clubs in the world….I think someone at the club should be reigning this in now

Lingard deserves every abuse he gets from fans. Infact whatever abuse he has got so far is very lenient and deserves worse than this. He is the product of everything wrong with United. First step of improvement is to get that cunt out!

We pay this fu**ing prick to play for our great club.
This madness needs to end and he needs to be thrown out asap. #GlazersOut #mufc #MUFC_Family #UnFollowManUnitedpic.twitter.com/vDVayjGvQS

Lingard, Pogba and Rashford posting shit like this is exactly what is up with United.

He’s a tit. And most premiership players are not scared him. If only his football did the talking then it wouldn’t matter.

Jesse Lingard is a monumental bellend. Wouldn’t make it in are side, so fuck knows how he is still at United.

Can you imagine what Alex Ferguson would have done if one of his players behaved that way while he was manager? Lingard would be getting the famous Fergie hairdryer treatment x 1000. You know Solsksjaer is gonna be pissed at him too.

Obviously Lingard is entitled to have fun on holiday and it actually looks like him and his boys had an awesome night. But come on dude, have some self-awareness and respect for the club and people you represent.

Here’s another dumb video he posted the other day – someone confiscate this guy’s phone, please.

Why are Jesse Lingard and Marcus Rashford acting like 12-year-olds who have just made their first ever Snapchat account? pic.twitter.com/1Ql6tAHZVg

For more unbearably cringe Jesse Lingard videos, here’s the time he tried to teach his teammates how to dab. Yikes.