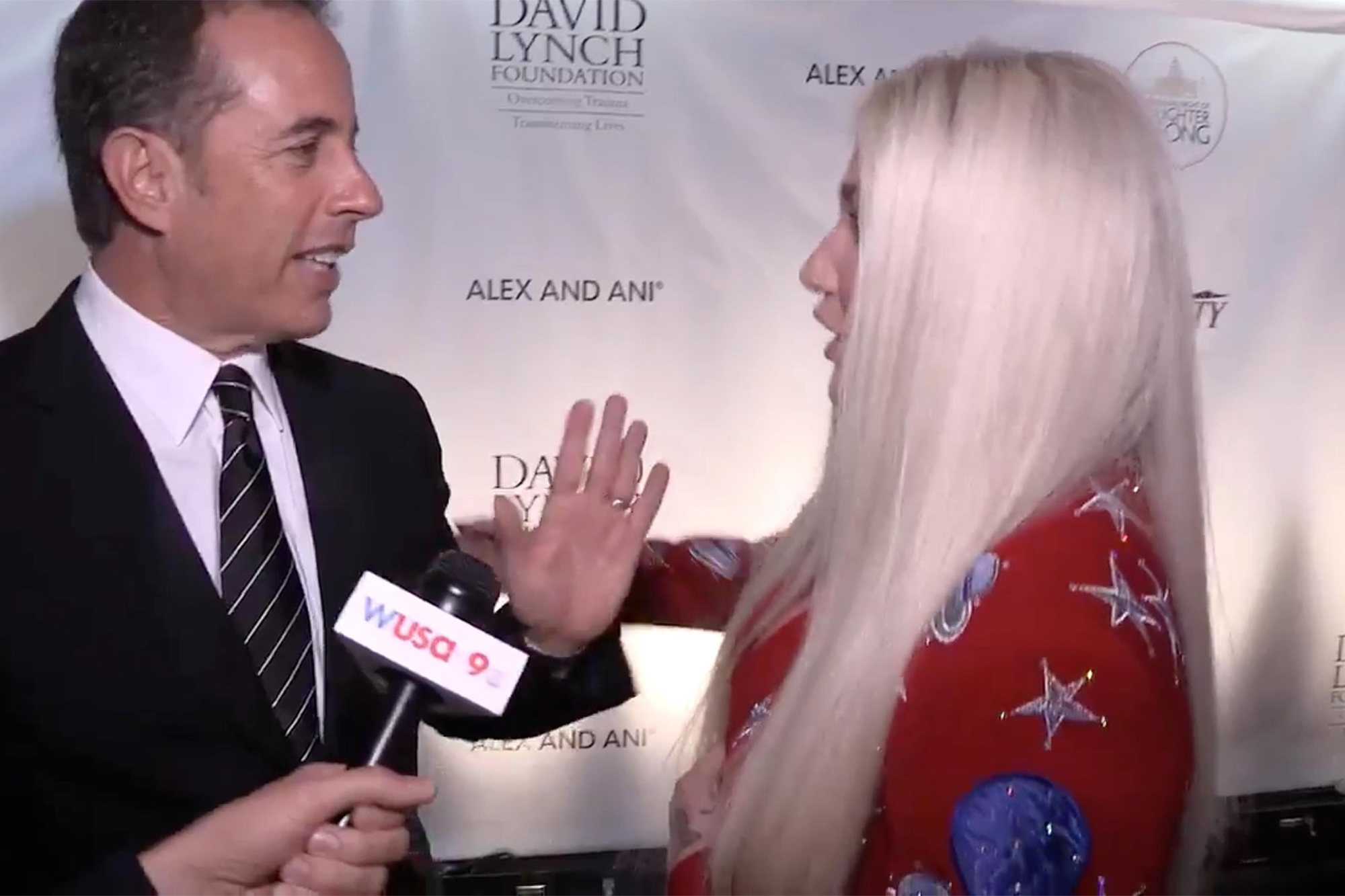 Jerry Seinfeld might not be so popular in this country – although I’m sure a lot of people know who he is – but over in America, he’s probably bigger than Jesus thanks to the long running success of his classic sitcom ‘Seinfeld’.

If you’ve ever seen the show, then you’ll know that Jerry – or at least the version of himself he plays on the show, which seems to be pretty much him – is an asshole, so I don’t know what kind of response Ke$ha thought she would receive when she approached him on the red carpet and asked for a hug. I’m pretty sure she didn’t expect to get completely and utterly shut down, especially after being so insistent about it too, but that’s exactly what happened:

Wow. Jerry Seinfeld just does not give a fuck does he? I suppose when you’re that rich and famous over in the States, you can act like that and not care about which up and coming star you’re going to offend. Ain’t nobody going to take your spot, so it really doesn’t matter. What an absolute baller.

For more vaguely Seinfeld related news, did you hear that the return date of ‘Curb Your Enthusiasm’ has been announced? Pretty, pretty good.