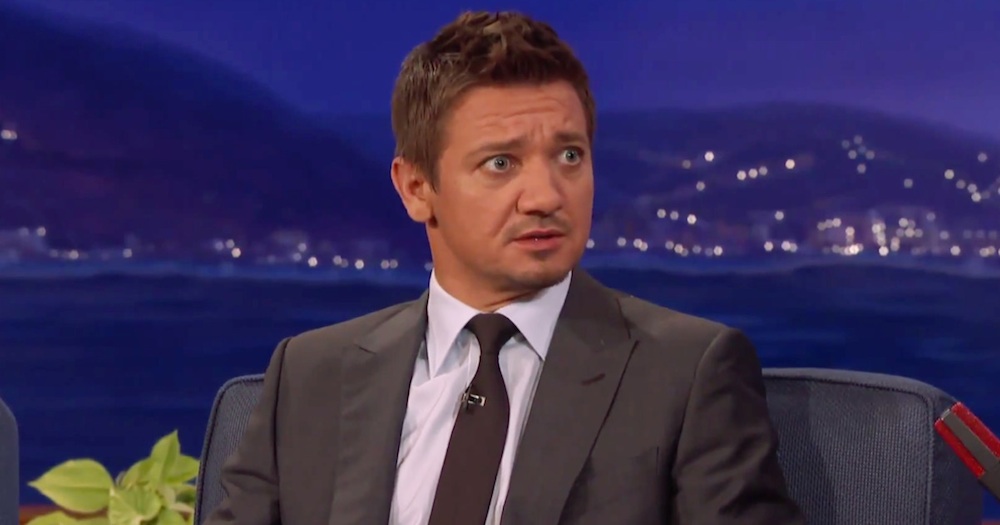 Won’t this guy ever learn?

Jeremy Renner and Chris Evans got in a hell of a lot of trouble last week when they said that the Black Widow was a slut because she had hooked up with a bunch of the Avengers in a press interview and were quickly forced to apologise with their tails in between their legs.

However, despite the fact that both of them issued these apologies, Jeremy Renner thought it was a good idea to go on Conan O’Brien last night and insist that even though he had apologised, that what he said previously was in fact correct and that the Black Widow is in fact a slut. Here’s what he had to say:

Renner also made it pretty clear that he thought anyone who didn’t think his joke originally was hilarious was a moron. It doesn’t really make sense why he would apologise about it in the first place when he was just going to come out and do this a week later, other than the possible fact that he himself is a moron.

Seriously, did he not learn that he was opening a massive can of worms with all this? I don’t see how he could possibly think that going on the show and saying these things wasn’t going to get him in even more trouble but hey I guess he’s a Hollywood actor so he can do whatever he wants right? We’ll see what happens but I can’t really see Renner getting out of this with any credibility remaining after the furore last week.