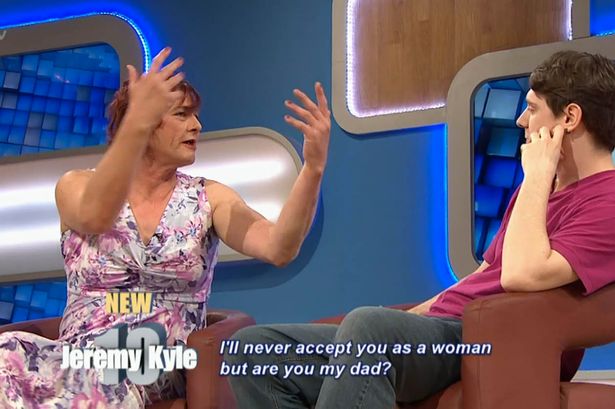 Even Jeremy himself hasn’t got a clue what to say after this one.

Must get tough for the people running the Jeremy Kyle show trying to step up controversy levels every season, but no such problem with the first episode of the new series which aired earlier.

The first part of the episode saw a kid named Andrew refuse to accept his pre-op transsexual dad Jessie (born ‘Shane’) as a woman (there’s also some kind of issue over Jessie trying to break his arm)… and then discover via DNA test that Jessie/Shane wasn’t his real dad anyway.

And the big reveal:

That reaction pretty much sums it up: 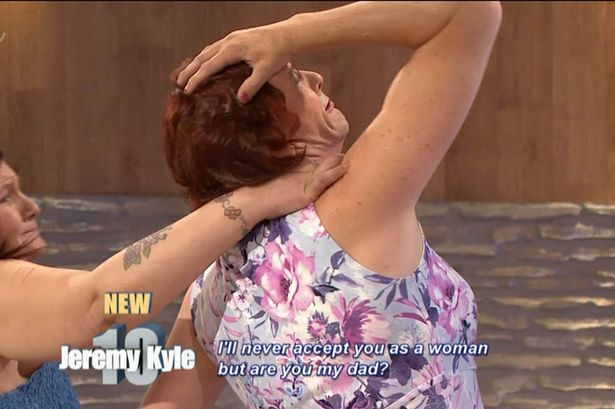 Jeremy then read out a quote from Andrew’s mum, Jessie’s ex Tracy, who said:

I was never unfaithful, I’m shocked that a DNA test is being considered.

Hmm, sure about that?

Andrew was safe enough to tell Jessie that no matter what, he’ll always be his dad. Nice one Andrew. Bit more acceptance of your dad’s decisions to be who he really is would be nice too though.

Still, no Jeremy Kyle episode will ever compare to Jeremy himself getting pepper sprayed in Magaluf.