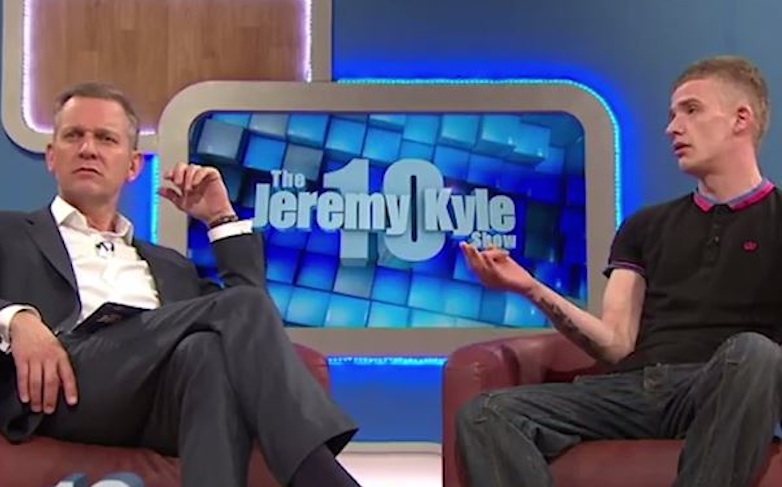 Jeremy Kyle often gets a lot of stick for being a mouthy little prick, but in fairness to the guy he normally does speak a lot of sense – albeit in an abrasive manner – and has to deal with the dregs of society on a daily basis so it’s no wonder really that he’s always angry.

For once though he actually gets it spot on here and delivers his speech perfectly, calling out his audience for laughing at a male victim of domestic abuse. The guy was locked in his flat by his abusive girlfriend and forced to jump off a three storey balcony in order to get out, and the audience just piss themselves laughing at him. To be fair it might seem unusual to some to think that a woman would do that to a man, but Jeremy Kyle perfectly points out that if it was the other way round than nobody would laughing at all.

Fair play – we’re sorry about the time we laughed at you when you got pepper sprayed in Magaluf.