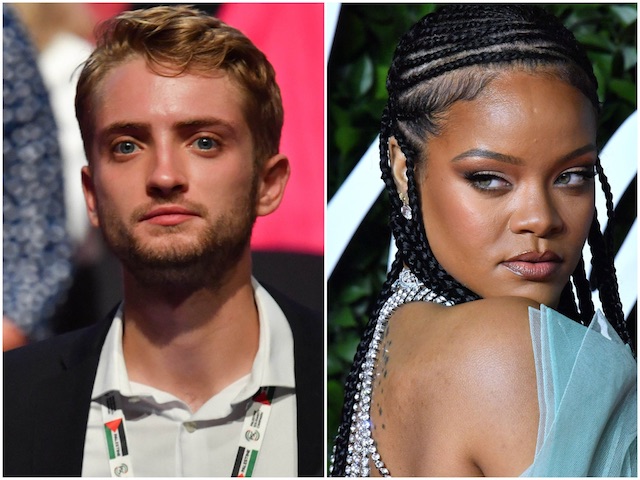 It’s not even midday on Monday and some minor celebrity has already put their foot in it and is getting completely rinsed on Twitter for screwing up what they were trying to say and this week it’s the turn of Jeremy Corbyn’s son Tommy.

Corbyn hasn’t had the best of times recently after being suspended from the Labour party due to the antisemitism that went down during his time as their leader and I doubt this faux pas from his son is going to help him convince everyone that he isn’t racist, as Tommy seemingly mixed up Rihanna and Beyonce when posting the following tweet:

One of the proudest moments of my life was watching this speech.

Afterwards one of the Glastonbury staff tapped me on the shoulder and said “you know he just got a bigger crowd than Rihanna”#WeSupportCorbyn https://t.co/82ioimakkv

Yeah, you see the thing is that Rihanna has never even played Glastonbury so it’s no way that he’s talking about her and is more than likely talking about Beyonce, who headlined a legendary set there a few years earlier. You can see where this is going can’t you?

Of course, you could argue that this security guard did say this and got it wrong, but Tommy probably should have checked the claim out and seen if it was correct before posting about it on the internet. At worst he looks like a racist who can’t differentiate female POCs from each other, and at best he just looks like an idiot who can’t fact check what some random security guard said to him and then goes on to talk about it for the next four years without anyone  seemingly questioning him about its validity.

Needless to say Twitter was all over him like a sore rash. Here are some of the ‘best’ responses:

I think he means Beyoncé because Rihanna has never played Glastonbury. Also I was there and many of us were there watching Craig David who was on before him and keeping our spots for the real people we came to see. Anyway nice to know all black women look the same to him. 🤦🏾‍♀️ https://t.co/2M4PdTyu1g

Yeah thing is Jeremy Corbyn definitely did get a bigger crowd than Rihanna at Glastonbury, but mostly because Rihanna has never played Glastonbury. pic.twitter.com/6fMNq4WDhS

TBF Rihanna would have got a bigger crowd if she had ever played Glastonbury.

She would have made a better Labour leader too.

Then he lost two elections against the two worst Prime Ministers in living memory and managed Labour’s worst election result since 1935. At least he got a bigger crowd than someone who’s never played Glastonbury though… https://t.co/ychglLc0NO

I got a bigger crowd than Rihanna at Glastonbury too, one of my friends was watching me throw up

Its Glastonbury so 90% of people there are off their head on ket or pills. They dont care about the prick on stage 😂 https://t.co/USiqCL2EXx

Yep, it’s not really a good look for Tommy there and it’s gonna reflect badly one is father, who is already in the doghouse with most of the country. Not even really sure why Tommy (or Rachel Swinson w/e) chose to even bring this up today as it’s not like it’s an anniversary or anything so that makes the whole situation even more unnecessary and stupid. Good work all.

For more of the same, check out when Tommy was photographed smoking a fat spliff at a cafe in London last year. That didn’t help much either I imagine.