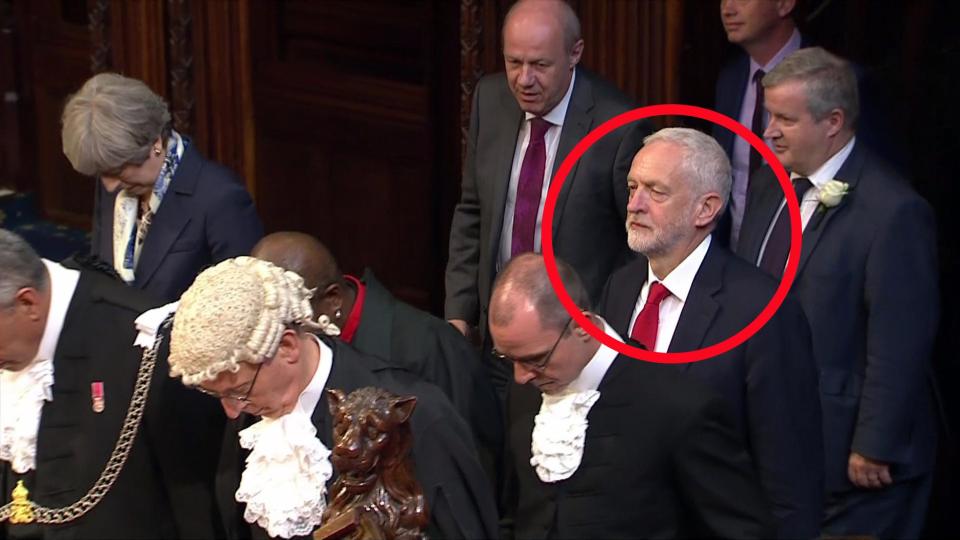 Labour leader Jeremy Corbyn was attending the House of Lords today for the State opening of Parliament.

During the ceremony, Corbyn decided to stay upright while others around him, including Theresa May, bowed to the Queen. Shortly after that he can be seen winking to a colleague.

Some people have criticised Corbyn for his actions. However, according to reports it was in fact Theresa May who breached tradition. Political pundit Damian McBride said that leaders on both sides typically did not bow at the opening of Parliament in 2010, 2012, 2014, 2015 or 2016, as it is how this is supposed to go. Notice how Tim Farron didn’t bow either.

Still, no doubt Corbyn will receive a torrent of backlash over this. I bet he can’t wait.

To watch the time Jeremy Corbyn went in for a high five and accidentally ended up cupping an MP’s breast, click HERE.