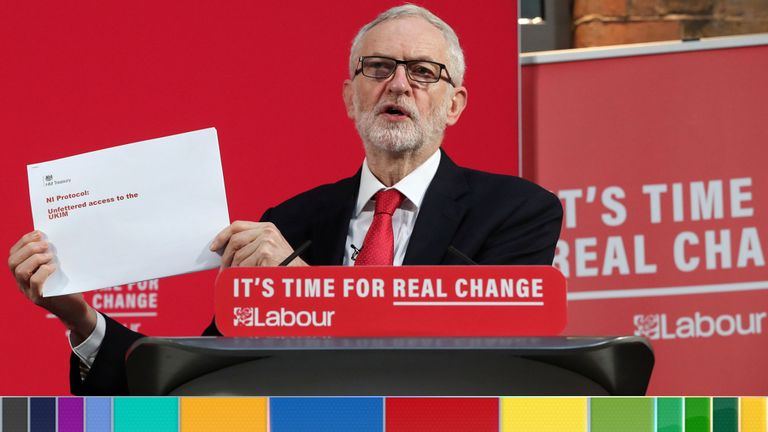 The election campaign rumbles on until its climax next Thursday and it looks as though Jeremy Corbyn is pulling out all the stops to try and oust Boris Johnson as the leader of the country after another bombshell revelation courtesy of some leaked documents.

Corbyn called a press conference earlier today in London where he produced some leaked Conservative documents that proved that Boris Johnson had lied repeatedly to the public over his Brexit deal:

Today I can reveal further hard evidence that Johnson is deliberately misleading the people”.

There will be other secret reports like this one in every government department that reveal the disastrous impacts of his policies on the safety of the food you eat, on the rights you have at work, on the pollution of the air that we breathe and on the jobs and industries that people work in.

These reports exist but the government is hiding them from you because in this election the Conservatives want you to vote blind.

It is there in black and white. It says there will be customs declarations, absolutely clearly, for trade going from Northern Ireland to Great Britain.

The Government cannot rule out regulatory checks, rules of origin checks and animal and public health checks also. For trade going the other way, from Great Britain to Northern Ireland, there will be all of the above plus potentially damaging tariffs.

Well he certainly talks a good game there doesn’t he? Of course, there’s no real guarantee that these documents are even real in the era of fake news and hardly any media outlets seemed to cover his similar press conference about secret Tory deals to sell off the NHS last week, so I’m not really sure of the impact that this will have on the election but at least he’s trying I suppose.

Really gotta wonder who the hell keeps leaking these documents to him though – you would think Boris might tighten up his staff as it seems to keep happening over and over again?

For more of the same, here’s Boris Johnson getting called out by Andrew Neil for refusing to be interviewed by him. Fair play.