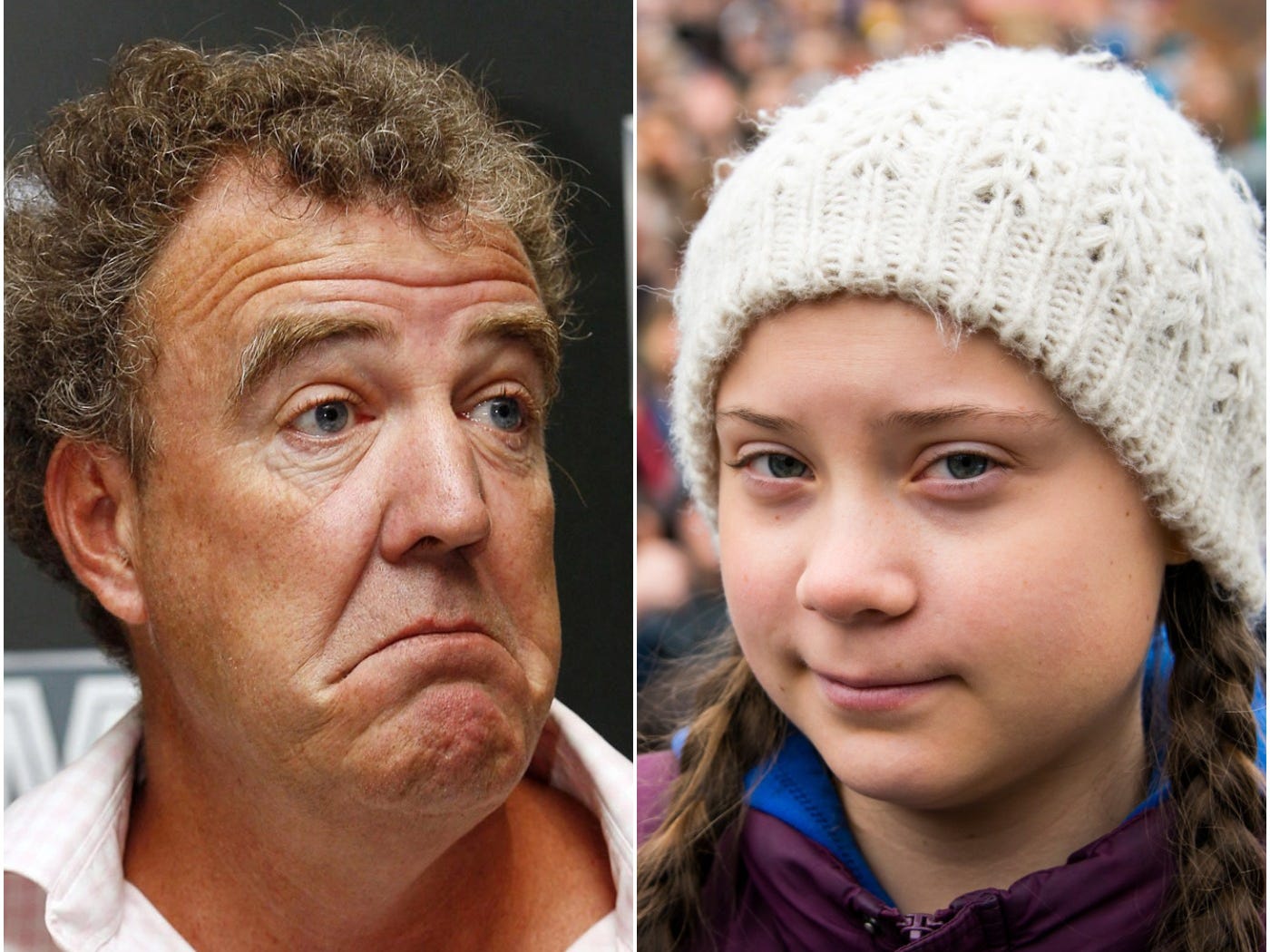 Greta Thunberg has proved to be one of the most polarising figures of 2019 with her cringe-y climate change speech at the UN splitting opinion between those who think she’s being way too hysterical about the whole thing and those who say she’s a hero for raising awareness.

Well Jeremy Clarkson is firmly in the former camp as he has this week blamed Greta Thunberg for “killing” the car show, suggesting young people have gone off shows like ‘Top Gear’ because of her climate change campaigning.

She’s an idiot. Going round saying we’re all going to die, that’s not going to solve anything my dear.

Everyone I know under 25 isn’t the slightest bit interested in cars – Greta Thunberg has killed the car show.

They’re taught at school, before they say ‘Mummy and Daddy,’ that cars are evil, and it’s in their heads.

Co-host Richard Hammond agrees with him:

I hate to say it, but I think Jeremy is right. Young people don’t care about cars. How many kids now are growing up with posters of cars on their bedroom wall?

Clarkson was sure to state that he knows climate change is real and something to be concerned about, he just doesn’t think being overly dramatic about it is helpful. In fact he, Richard Hammond and James May discuss it on the new series of The Grand Tour as they attempt to sail across Vietnam’s Mekong River:

For the first time ever, we’ve had global warming rammed down our throats — and we’ve not been idiotic, it’s very definitely a thing. The question is, what to do about it?

I wasn’t aware car shows were no longer popular but now that I think about it maybe we are getting less of them than we used to. If true though, is that down to Greta Thunberg?

Either way I don’t think anyone hates Greta more than Jeremy Clarkson as he already described her speech at the UN Climate Action Summit as a “full-on adolescent meltdown” and said she should “shut up and be a good girl.”

Maybe not the best way to address a 16-year-old girl but hey, Jeremy’s gonna Jeremy.

For the time a giant sculpture of Jeremy Clarkson’s head appeared in Manchester, click HERE. WTF was that all about?