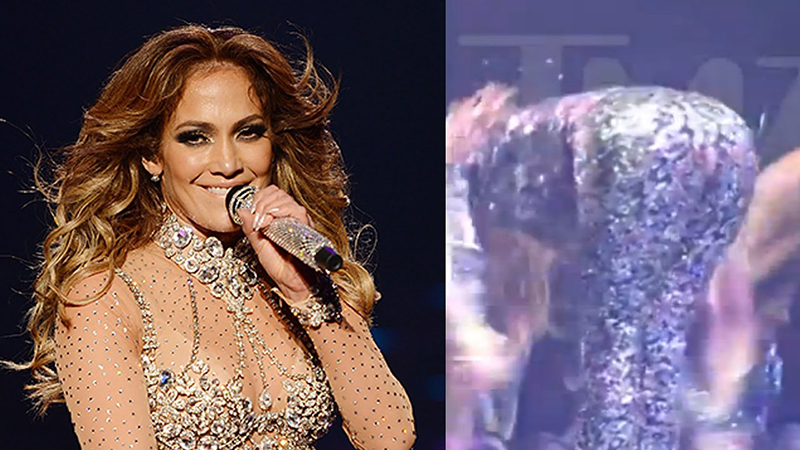 Jennifer Lopez is 46 but still looks absolutely incredible and apparently chooses to spend her time playing shows in Vegas and bouncing around in a skin tight bodysuit. Why isn’t this common knowledge?

Anyway, if definitive proof was ever needed that you simply can’t stop Jennifer Lopez’s booty then it was provided last night when it actually managed to escape from her bodysuit during a live performance. And TMZ obviously managed to get a video of it, which you can see below.

Fortunately it was at the end and it only happened when she was bending over for a bow so she managed to slink off without it getting too much worse, but still – maybe she should make it slightly less tight next time? I doubt she can really get away with claiming she’s still Jenny From The Block when she’s doing stuff like that.

Oof. OK, it wasn’t too bad but it’s still pretty funny and could have been a lot worse if it had happened at the start of the performance and got bigger and bigger during it. For someone with history of wardrobe malfunctions though, it’s probably a relief it wasn’t anywhere near as bad as some of her ones in the past.

Still, nobody can really top when Lenny Kravitz’s dick popped out of his trousers last year can they?