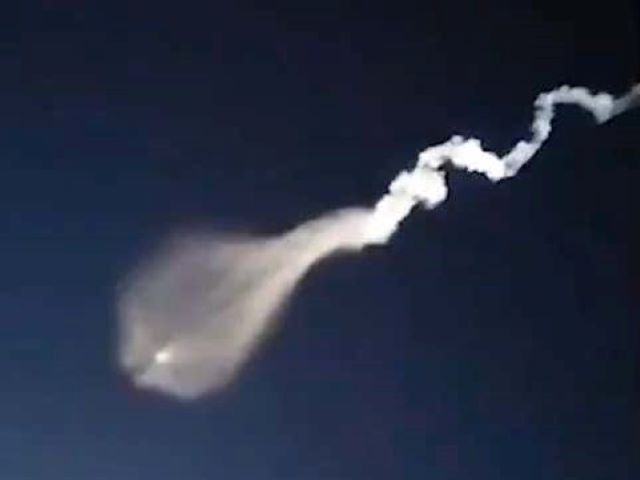 A mysterious ‘jellyfish-shaped object’ which appeared suddenly in the Earth’s atmosphere has baffled local Russians, and everyone else who has watched the footage.

Residents in the Amur Oblast region spotted the glowing object flying overhead last month, and released a video of it online:

Well, I’ll say it – that looks more like a giant sperm in the sky than a giant jellyfish, but The Sun went with the latter so fair play. The consensus online seems to be that it’s a rocket, asteroid, comet or meteorite, but would anyone have made a peep if it was something that obvious? After all those are fairly common things and it’s not like you see a giant sperm floating around in the sky every day, is it?

If this were 1000 years ago, I guarantee you an event like this would be massive news. Everyone would be standing outside their homes looking up at the sky, making predictions about the end of the world, forming new religions and making sacrifices to keep themselves safe. Nowadays we spot something weird in the sky, collectively shrug and say “f*ck knows”, even though it could very well be the proof of aliens we’ve been begging for since the beginning of time.

Update: Welp, turns out it probably is just a rocket launch. This is Russia we’re talking about after all. I guess I feel a bit silly now.

Twilight effect rocket launches are nothing new how is this unknown pic.twitter.com/nemRvIRRrW

This is a rocket launch, and is LEAVING the atmosphere, as indicated by the expanding exhaust plume.

Glad we got to the bottom of that one.

For the time Chris Smalling and his wife said they saw a UFO in Jamaica and “it was 100 billion per cent not a drone”, click HERE. We’ll take their word for it.