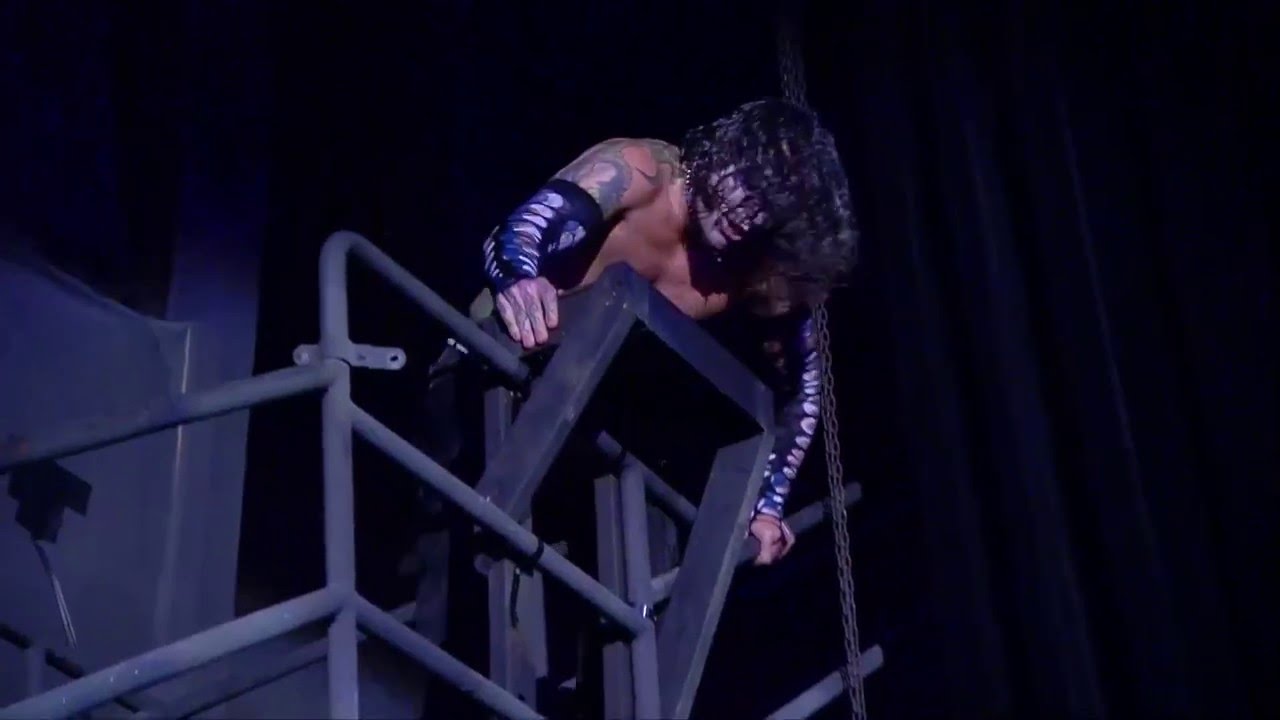 Jeff Hardy is still as mental as he was in 2000 and here’s the proof.

Last we heard from Jeff Hardy, he’d busted his knee in a dirt bike accident which his brother Matt caught on film (cheers Matt).

When he isn’t doing stuff like that though, he’s wrestling for a promotion named TNA, which isn’t doing very well at the moment (they recently got kicked out of their HQ). His brother’s wrestling there too because both of them managed to burn their bridges with WWE a while back thanks to drug use and generally being unreliable.

Despite the fact not many people are watching, Jeff Hardy is still pulling off some really risky moves. Here he is Swanton Bombing his brother Matt off the top of a massive crane the other night:

38 years of age and the guy is still taking insane risks and putting his body on the line to entertain crowds substantially smaller than the ones he used to risk his life for back in the late 90s/early 00s Attitude Era.

I mean who even knew that Matt and Jeff Hardy were still wrestling, let alone feuding with each other in TNA? Crazy that he would do something like this with hardly anyone watching to appreciate it. Pretty sure he completely missed Matt too and took that whole bump himself.

Still, respect to him. Not going to take anything away from a guy doing what he loves and risking his life when he doesn’t have to anymore. It would be cool for him if more people saw it though which is why we’re sharing it.

Lucky he’s never been on the receiving end of this move though.