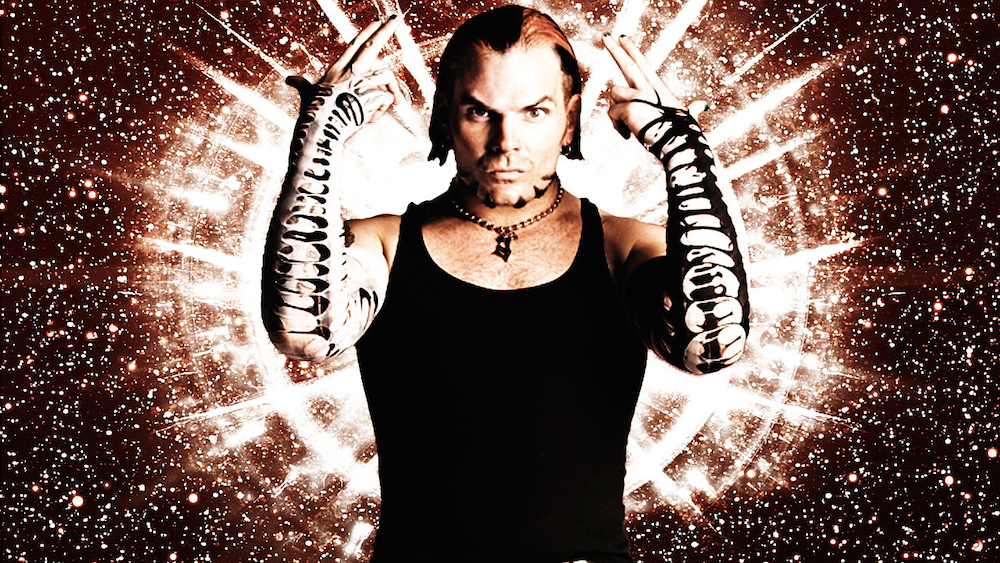 This one didn’t go to plan.

Everyone knows that wrestling is fake, but that doesn’t mean that when they get into that ring and beat the crap out of each other that it doesn’t hurt like hell. There’s also the very real risk of injury and this is magnified even more in gimmick matches like cage or ladder matches, which former WWE superstar Jeff Hardy found out on Friday in New York City.

Jeff is now competingg for Impact Wrestling and was taking part in a cage match at this particular show. As you might expect from Hardy, the match featured lots of high flying manoeuvres and spots, including the one you can see below where Jeff is balancing on top of the cage and gets knocked off it by his opponent.

This probably wasn’t anything that Jeff hadn’t done a million times before, but unfortunately he well and truly messed this one up as he falls off the cage and whacks his head straight onto the steel ringside steps. There’s an absolutely sickening thud in the video below where his head bounces off the steps that might be one of the worst bumps I’ve ever seen in wrestling. It was so bad that Jeff actually got knocked out cold for a few minutes, but being the consummate pro that he is (hmmm), he was able to get it together and finish the match somehow.

If this got you excited for some more hardcore action, check out these photographs from the Undertaker and Mankind’s classic 1998 Hell In A Cell match. 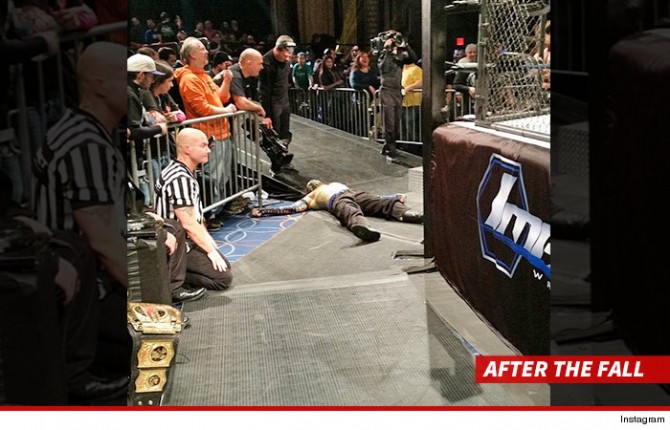