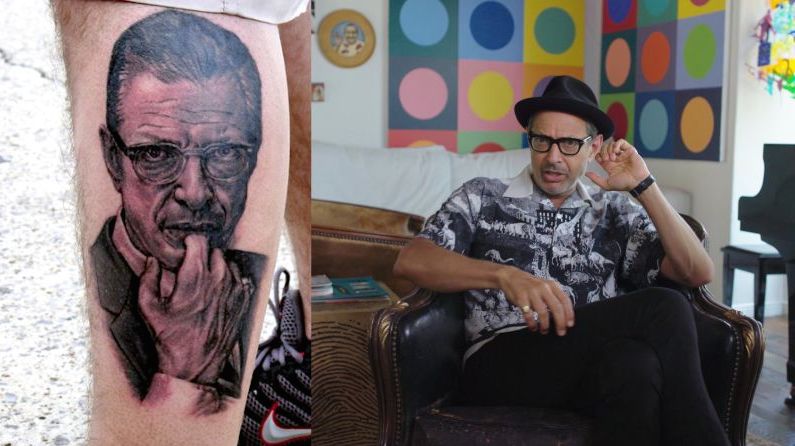 One of the most essential videos of all time.

Even in my line of work, every now and again a video comes along that makes you ask just why the hell did anyone bother producing this?

Today is one of those days as a video of Jeff Goldblum critiquing people’s Jeff Goldblum tattoos has fallen onto my lap. Sure, Goldblum is one of those cult actors that has turned in so many ‘iconic’ performances that people do actually want to get their likeness of him tattooed on them, but do we really need to know what he thinks about all of them?

Probably not, yet here we are, with a seven minute video of him talking about them courtesy of the GQ Tattoo Tour. And of course, it’s absolutely phenomenal and probably one of the funniest videos I’ve ever seen. FML:

So many quotes. Who would have thought that Jeff Goldblum could get any weirder and more eccentric? I suppose we should have known though.

For more of the great man, check out this dance remix of his weird laugh from ‘Jurassic Park’. Again, words fail me.