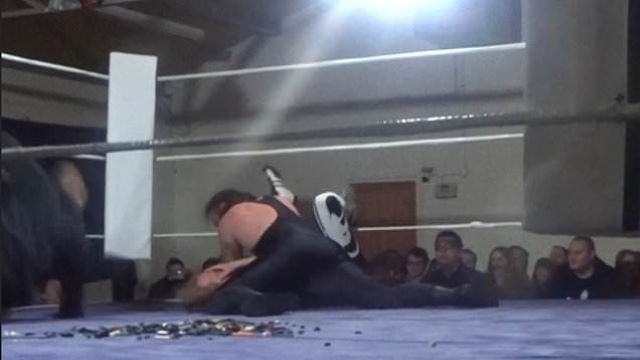 ‘Jiving Jay Knox’ has been given 2 years in prison for GBH.

We all know that pro wrestling is staged, but now and again a wrestler will get a little too stiff with their opponent which can result in horrific scenes like what occurred this match in Ferndown, Dorset.

James Riley AKA ‘Jiving Jay Knox’ was going up against trainee wrestler Rob Wilson, who apparently aggravated a pre-existing injury of Jay’s with an accidental stiff blow. Instead of keeping it professional and remembering he was in there with one of his own students, Jay Knox got up and brutally kicked the poor guy in the face:

Wow, what an absolute prick. The crowd instantly realises that wasn’t part of the script and the dumbass ref just allows the match continue like nothing happened. Even when there’s kids literally crying in the audience. 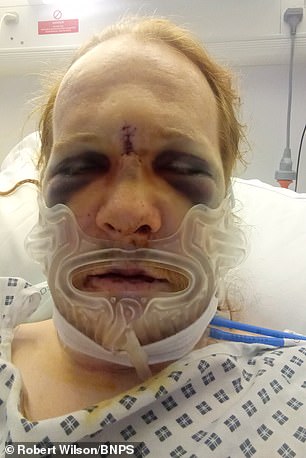 What happened to me was not a wrestling accident, it was not part of the show, it was assault.

He took the conscious decision to hurt me, he betrayed the trust I placed in him and he left me unrecognisable.

I caught him with a kick to the gut area. He hissed at me ‘receipt’ which is terminology for payback.

I positioned myself on my hands and knees and I was expecting him to hit me on the back but instead he kicked me in the face as if taking a goal kick in football.

My face just exploded and I realised it was a lot more than a broken nose.

Knox caught a GBH charge and was jailed for 21 months, which sounds about right. I mean pro wrestlers giving each other ‘receipts’ is nothing new, but I don’t think I’ve ever heard of it resulting in this bad an injury. Seems this Jay Knox twat really takes himself that seriously though. Wonder if he’s bringing that same energy to his prison buddies? Good luck with that.

For a similar incident in which a wrestler was brutally beaten down and humiliated for accidentally hurting his female opponent, click HERE. Rough.