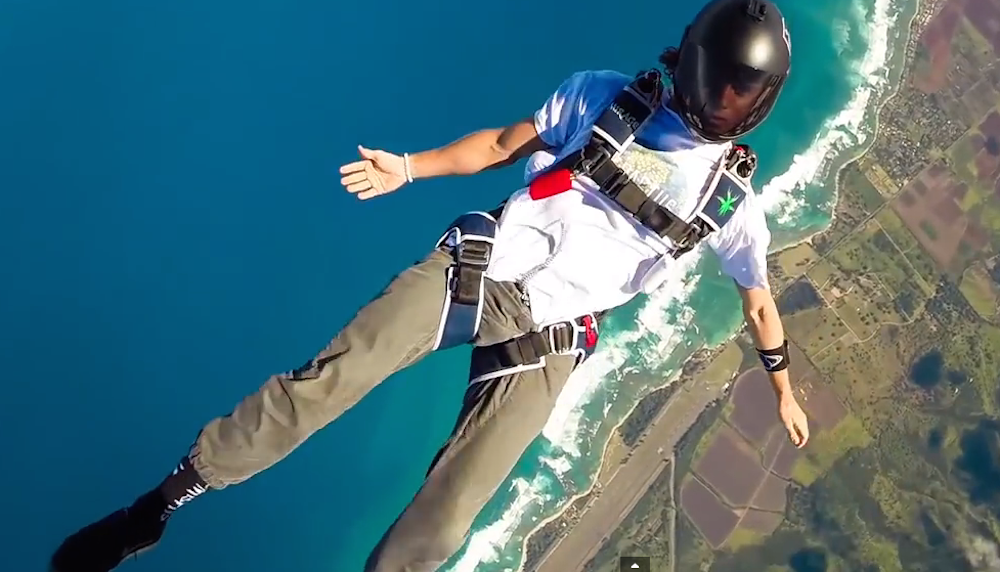 He’s like the Dan Bilzerian of Hawaii, just without the guns and the millions of dollars.

I’ve got no idea who Jay Alvarrez is but he’s decided to make a completely sick video of his life in Hawaii where it basically looks like he just kicks back and has the best time ever, all the time.

In it, he’s hanging out with babes, going skydiving, going surfing, hitting up some sick raves, driving around in a car doing doughnuts, going on sick hikes through the jungle and mountains, going cliff diving, swimming with sharks – basically doing stuff that looks like a whole bunch of fun and completely crushing life.

He’s kind of like a low budget version of Dan Bilzerian but without the guns or the millions of dollars – he just takes the natural world around him and uses it to its maximum potential. They both unfortunately have the same obsession with girls’ butts, but Jay looks like he at least has a girlfriend and doesn’t just treat girls like crap. His life basically looks like it rules.