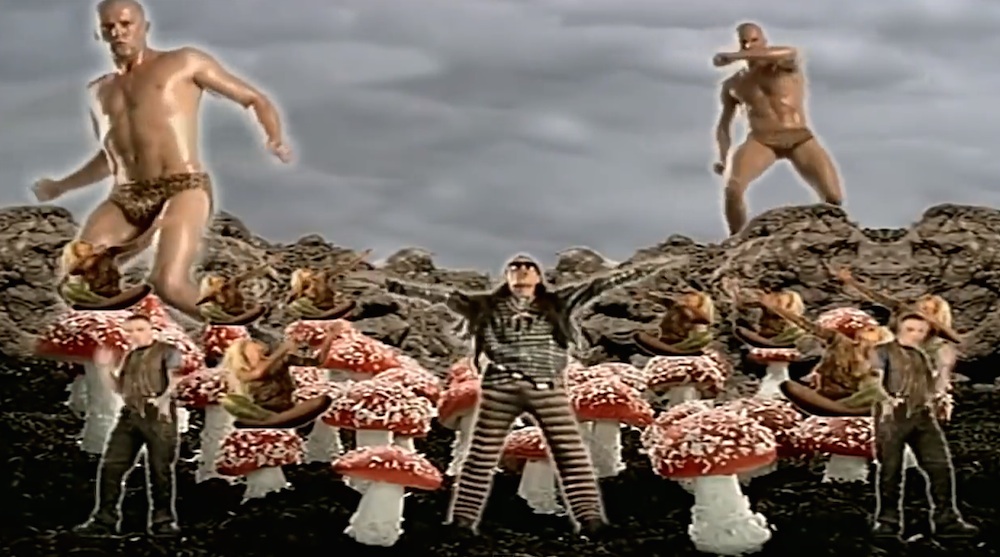 We’ve all got to start somewhere.

Like so many other Hollywood stars, Jason Statham was taking whatever gig he could get before he made it to the big time and this included music videos. Unfortunately for him though, it turns out his foray into this genre was way more embarrassing than when Aaron Paul was in a Dashboard Confessional video.

Jason featured in the music video for 90s dance group The Shamen’s (they had a big hit with Ebeneezer Goode that you might remember) song Comin’ On which I’ve unfortunately never heard of before today and probably won’t be in a rush to check out again anytime soon either. It sounds kind of like an early version of The Macarena.

In the video – rather unluckily for Jason – he’s filmed in the buff wearing leopard skin pants, all oiled up and grinding around to the beat. There’s also a copy of him doing exactly the same thing. Not really sure what they’re going for with that in the video but hey, it’s got 670,000 plays and that can’t be solely on the strength of the song because it’s terrible, so they must be doing something right. Enjoy – and remember, if you’re in the entertainment business then don’t do anything embarrassing when you’re starting off, as chances are people will find out about it when you’re famous and spend all day laughing at you because of it.