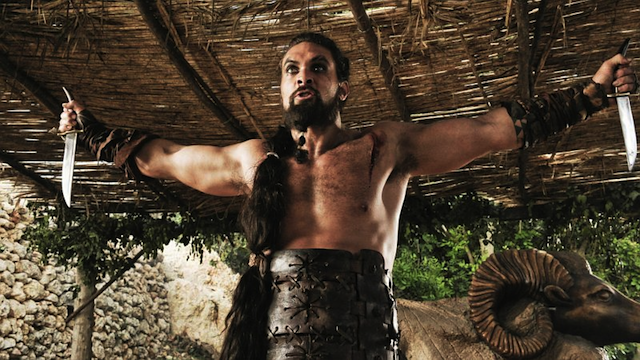 You would expect something like this from the guy who plays Khal Drogo, but he really blows it out of the water.

Game Of Thrones has finished for the time being and isn’t going to be back for a while, but that doesn’t stop it always being in the news thanks to things like the Pugs of Westeros popping up all the time.

This week is no exception as the audition tape of Jason Momoa has shown up and is pretty much everything you would expect from the man who plays Khal Drogo so intensely on the show. In it, he doesn’t brood or speak in Dothraki but instead breaks out into a haka – the ancestral war cry or dance of the New Zealand people that was traditionally performed before a battle.

Momoa said he did this because he was originally just given a scene for his audition that was just the character saying ‘no’ over and over again in a menacing fashion. Obviously that wasn’t the most interesting audition, so he decided to try out the haka instead and guess what? It worked and he got the role.