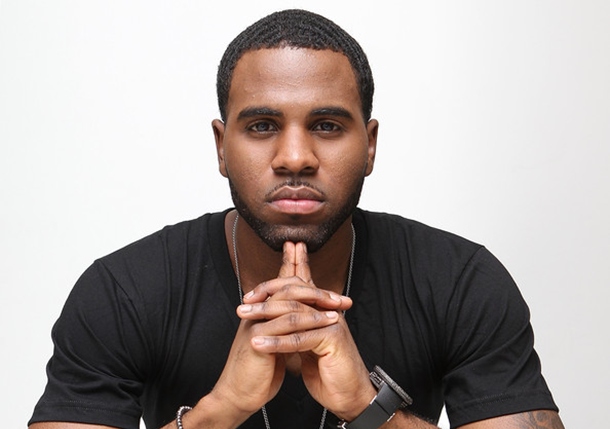 Jason Derulo gives advice on how to remain in the friend zone.

To be honest, I don’t know much about Jason Derulo other than he: a) is an R&B singer, b) sounds a lot like Ne-Yo, and c) really, really, really loves his own name. Fair enough, it’s a strong surname. It has nice cadence – I totally see it. I completely understand. And, after viewing the video below, you’ll see that simply shouting your full name passionately at a love interest might be all it takes to get laid. Jason has teamed up with BuzzFeed to go through a few examples of things you shouldn’t say to a woman if you want to make her your girlfriend:

The video comes alongside the release of his latest single, which is called “The Other Side” and apparently features lyrical content that depicts ‘how to take your friendship to a relationship.’ I can guarantee you 500 grains of sand that it will open with his name. It’s obviously the first rule.

Because I am a really nice person, I listened to the song so the curious ones amongst you would be saved the effort. I also thought it wouldn’t hurt just incase it shared some handy information about how to strut past the friend-zone without breaking stride like it was merely an automatic door in Tesco that welcomes your custom. Derulo seems to use the analogy that friendship is life, and in order to be successful in getting laid you must approach the removal of platonic love by addressing the situation much like a wake.

This is what I learnt:

Hopefully, you’ve learnt as much as I have. Thanks, Jason Derulo!

You can check out the video below of you haven’t already heard it:

Two Giraffes Have An Insane Fight Over A Female Giraffe

Woman Eyefucks The Shit Out Of Nick Cave

Related Items:FRIENDS, friendzone, how to, How to get with girls, jason derulo, MUSIC, relationships, review, SEX