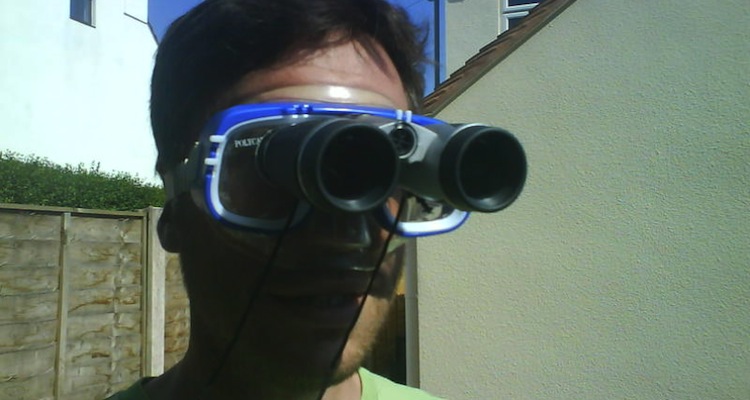 The Japanese are mental, this has been established but now they are set to take FIFA and Sepp Blatter on – Let me introduce to you Japanese Binocular Football.

The Japanese are bat shit mental, it is a well established fact.  The country that brought the world such genius inventions as diet water, bilk the alcoholic milk and cat mops are at it again.

They have now invented this new revolutionary brand of football. I am all for these innovations being introduced when the world cup hits Brazil. Not only would I thoroughly enjoy the spectacle of seeing the worlds best with even less perspective than your average premiership footballer, I would bloody love seeing Howard Webb being made to prat about dressed in a rabbit outfit. Any self respecting footie fan would surely rather see this spectacle than Spain bore us all to death with their fancy football, put Xavi in a onsie and a pair of bins and see how many six yard passes he completes then. Fvck goal line technology get this in. On the evidence of this I am all for a Japanese FIFA president when Old Sepp pops his clogs.

Come on Sepp bring it in for the good of the game!

â˜› Read Next: Cristiano Ronaldo Bicycle Kicks Himself In The Face