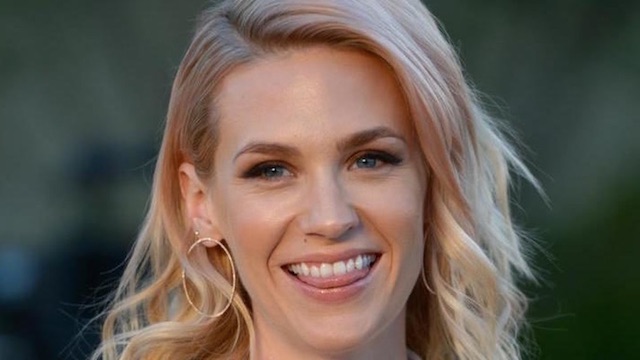 It’s pretty obvious that if you’re famous then trashy newspapers are gonna write shitty articles about you that aren’t true whatsoever, but most celebrities just seem to suck it up and grin and bear it.

Not ‘Mad Men’ star January Jones though, who pretty much rinsed ‘National Enquirer’ when they decided to publish a story about how her friends were worried about the multiple pictures she had recently posted of herself on her Instagram account wearing a bikini. The article claimed that her friends were worried about these ‘attention grabbing’ posts being a ‘desperate cry for attention as he acting work had dried up’ and so Jones decided to completely own them by putting up the following two Instagram posts:

You love to see it. The comments are great too as well because loads of her famous friends like Diplo, Chrissy Teigen and Kate Bosworth have all replied with suitably pithy comments making fun of  the whole situation.

Top marks for January Jones, who has turned a potentially annoying situation into a major win and in doing so also succeeded in getting way more people talking about her than ever before since ‘Mad Men’ finished. Maybe she’ll get some more acting work off the back of it.

For more of the same, check out this 82 year old woman who was given as ASBO for wearing a bikini in her garden. Slack.