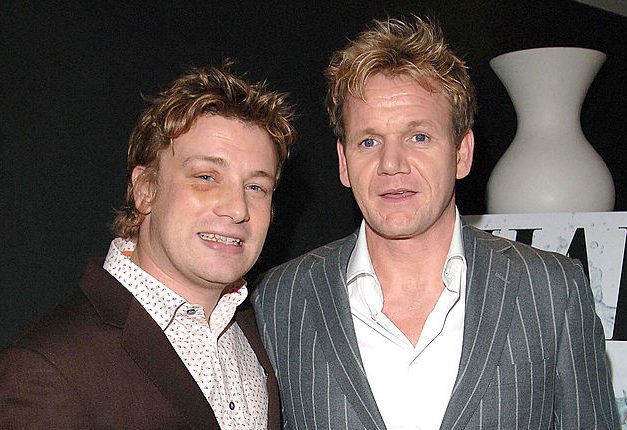 I imagined there must be some kind of rivalry between Gordon Ramsay and Jamie Oliver given that they’re both celebrity chefs, but I didn’t think that it was going to end up being nearly as immature as it’s emerged in the past week or so.

In case you missed it (I did), Gordon Ramsay was performing a week long residency on ITV’s The Nightly Show and repeatedly made jibes at Jamie during it, calling him fat and slating his cooking. There was even one point where he made this weird video apologising for making him cry:

I mean is that even funny? Maybe a little bit if you’re 10 years old or something, but it’s just kinda pathetic and weird. Why is he picking on him and doing that, it’s like the baitest form of banter ever.

Jamie Oliver wasn’t having it either and came out with the following scathing attack on Ramsay for it, telling him that he reminded him of a dementia patient. Burn:

All my friends and people I work with in TV were very p***** off for me.

But it’s a bit like going to see someone you love who has dementia who keeps forgetting and then doesn’t remember what they’ve said.

It doesn’t bother me anymore, but it was a lot, he hasn’t texted to apologise, I don’t know if he does emotion like that.

I’m not going to bother responding because I’m sure our children don’t want to see two dads fight.

Fairly mature way of ending it I suppose, other than calling him a dementia patient then trying to shut it down so you get the last word in. Expect Ramsay to reply and for this to go on forever until there’s a charity boxing match between the two or something. You heard it here first.

For more Gordon Ramsay, check him out rinsing amateur chefs on Twitter. Great.