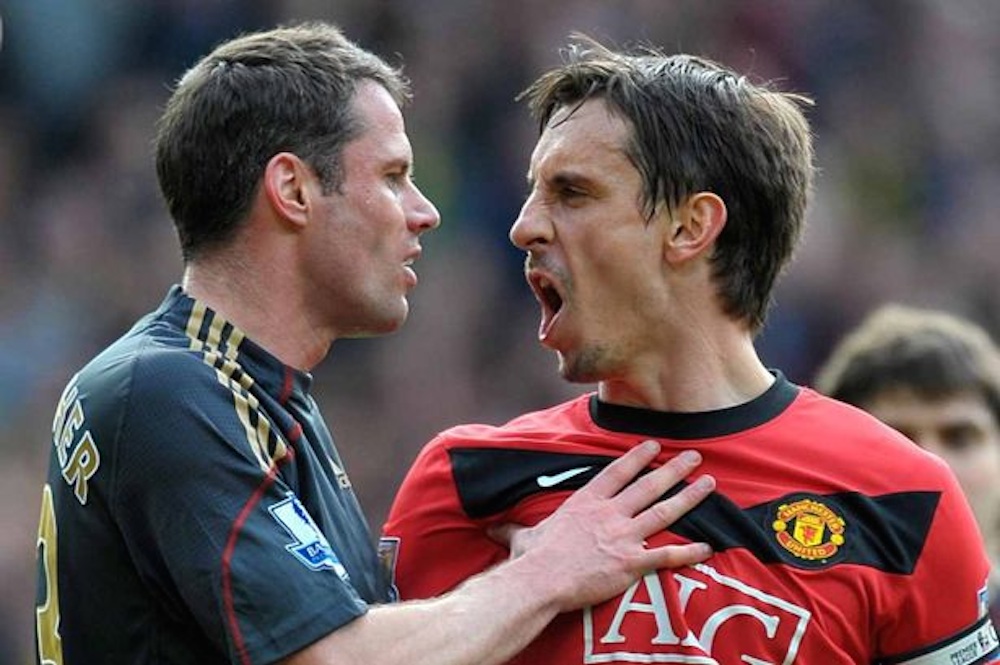 This is one of the dumbest bets in history.

It turns out that when Spurs flop Paulinho first ended up in the Premiership, Carragher made a bet with Gary Neville that during his time in the Premiership there would be a season where he would score at least 15 goals. With Paulinho currently negotiating a high profile transfer to Chinese club Guangzhou Evergrande (er??) it seems like Carragher is set to lose out on the bet, as Paulinho has scored only 6 goals in 45 appearances and couldn’t even get in the Spurs squad towards the end of last season.

As a forfeit, Carragher will be forced to wear Gary Neville’s Manchester United shirt on his back for a whole day, which will probably include an episode of Monday Night Football next season. You’ll bet that there will be a ratings spike for that one, even if it’s some crappy match like Leicester V Aston Villa, which is the kind of dross they sometimes put on Monday nights.

To be fair, Paulinho had scored 20 in 86 for Corinthians over there, so it’s perhaps not that outrageous a claim for Carragher to have made, but even so turning a 1 in 4 goalscoring record into a 15 goal season is asking a bit much. He pretty much deserves to have to wear G Nev’s shirt for a day. Can’t wait to see his face when he has to do it – to be fair it might look better than these short shorts he wore to Ibiza one time though.

"Jamie Carragher once bet me Paulinho would score 15 PL goals in his first season. The forf…" http://t.co/zijlHHTTDG

Twitter @Carra23 needs to wear a G.Nev united shirt for the day! He's lost a bet that Paulinho wouldn't score 15 PL goals in a season!

It will be with you next week. He's not scored 15 in his life!! https://t.co/NXrQMQVxyN