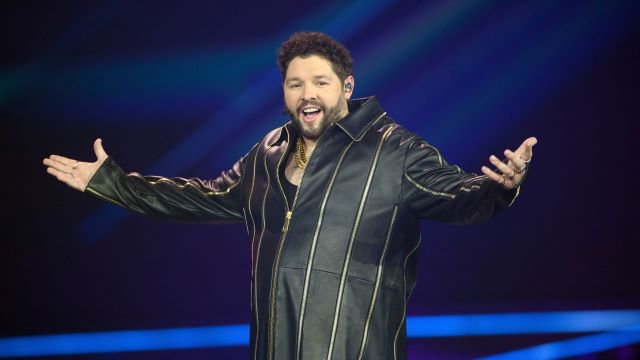 Given all the countries the UK has managed to piss off in the last few years, it was never looking promising for us at this year’s Eurovision song contest.

Well the UK ended up doing even worse than anyone could have ever imagined, picking up NIL points (the only contestant to do so) from both the jury vote and public vote, while winners Italy scored 524.

Was that all down to political reasons though? Check out James Newman’s performance of ‘Embers’ and make up your own mind:

Yikes – not great. Nonetheless, James Newman took to Twitter earlier to say he was focusing on the positives:

I want to focus on the positives of this amazing experience. I stood on a stage and sang to hundreds of millions of people with a song that I wrote and love.

I’ve learnt so much from the amazing people who gave everything to help me live my dream, the dancers, my choreographer, my vocal coach, everyone from my label, my manager and the BBC, and all the people behind the scenes at Eurovision and the arena.

All these people are the best in the business and I got the chance to work with them and share this crazy experience that I’m so lucky to have the chance to do.

On how he plans to learn from the experience:

Thank you to all the amazing dedicated fans who have supported me through the whole thing, made it all worth it. Because at the end of the day they are the people who you do this all for.

The times when it doesn’t play out how you hoped it might, teach you how to pick yourself up and be stronger x.

Well, can’t really blame James Newman for believing his song would ‘connect with people’. 99% of musicians on this planet probably write things all the time they think will ‘connect’ and turn them into musical legends only to release their music and garner zero interest whatsoever. The blame here lies solely with whoever decided James’s crappy song should represent the UK at Eurovision. How does the process even work exactly? Was that really the best of the bunch? Might they have been trying to get zero points to at least become a talking point, seeing as there was ultimately no hope of winning no matter what the song was?

Whatever the case, one positive James can take from this is that he didn’t get negative points, which is only because it’s not possible but still a bonus all the same if you’re a glass half full kinda guy like James is. Best of luck to him in his future endeavours anyway.

Wondering why Hungary wasn’t a part of the 2021 Eurovision? Answer = the contest is ‘too gay’ (seriously).