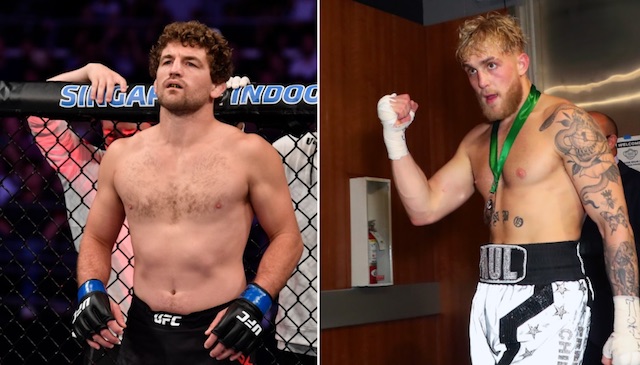 We’ve all seen the recent attempts by Jake Paul to secure a fight against Conor McGregor, but it seems like he’s decided to settle on someone a little less famous for his next bout: former UFC fighter Ben Askren.

If you’re a casual UFC fan then you might have heard of Ben Askren after he was knocked out in three seconds by Jorge Masdival with a flying knee a while ago, but that doesn’t mean he’s a pushover. He was a very accomplished MMA fighter in his career, boasting a record of 19-2 and holding championship belts in both Bellator and ONE.

Askren was one of the fighters that Paul called out following his knockout of Nate Robinson and it seems like this is actually going to happen now, judging by posts from both Askren himself and Chael Sonnen. It also sounds like Paul is going to get his ass whooped, even if boxing isn’t Aksren’s speciality:

. @jakepaul doesn’t trust many in the media to spread the word…. I’m was told “Ben then Dillion.” pic.twitter.com/evn9WdznoA

Cool spelling mistake there in your tweet Chael, real smooth.

Anyway, I’m probably not going to pay for this fight but I’ll certainly enjoy the viral clips of Askren knocking Paul out that will be doing the round afterwards. Although there’s always a chance that Paul might win given that boxing is ‘his sport’. Gotta love that little shred of doubt that makes this PPV exciting.

For more of the same, check out Jake Paul trying to explain why he was spotted looting a mall earlier this year. That was a weird one.