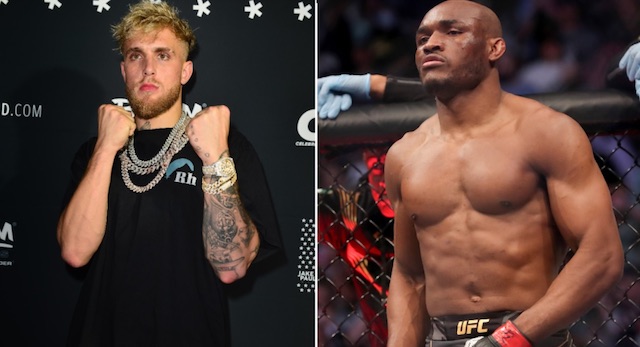 Does this guy ever shut up?

Jake Paul has been doing a pretty good job of running his mouth recently after his first round knockout of Ben Askren and it seems like he’s never ever going to stop as he just keeps taking shot at anyone and everyone.

Latest on his list was pretty much everyone in the UFC after he decided to pipe up that he was better at striking than 99.9% of the roster when explaining why he thought it made sense for him to fight MMA guys in boxing matches. Here he is talking to celebrated UFC journalist Ariel Helwani about his little theory:

I think, combining the two worlds, the biggest pay-per-view of all time was Floyd vs. Conor.

That’s boxing vs. MMA, so why not keep with that model?

I believe I’m a better striker than 99.9% of these MMA guys.

When we’re matching up from a skill, experience level, it’s even.

It’s who wants it more, really, in the fight. You know, if I’m going up against these world champion boxers, who have been doing it since they were six-years-old, it’s just an unfair advantage.

I guess what he’s saying there does kind of make sense, other than the fact that he thinks he’s a better striker than 99.9% of UFC guys. I know he put Askren down, but that guy is renowned as one of the worst strikers in MMA history, so I don’t think this claim really works out.

Seems like Paul is eager to try and test it out though as just after the interview was posted he went on Twitter to challenge UFC Welterweight champion Kamaru Usman to a boxing match, which is pretty ballsy considering Usman’s scintillating knockout win over Jorge Masdival at the weekend. Sadly though, Usman turned it down almost immediately:

Challenge accepted.@USMAN84kg if your boss Dana gives you permission to box me and make more money than you ever have, let me know and we can lace them up. I promise it will be your biggest pay day.

Keep making your money young man, and stay on that side. I ain’t no Disney kid and I don’t play fighting.

Who’s going to get annoyed by Jake Paul next? Probably only going to be a day or so until we find out.

For more of the same, check out when Jake Paul was recently accused of groping a model. Guy isn’t all that you know.