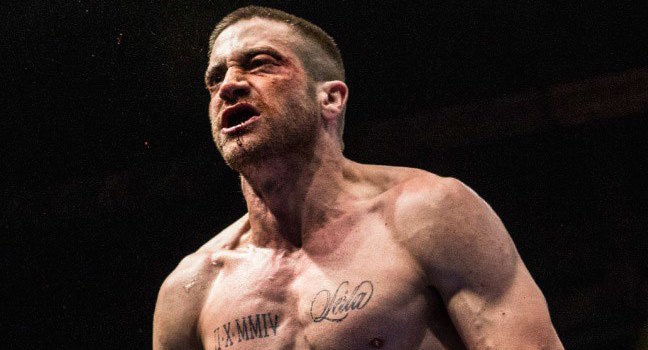 He’s bulked up massively since he played that skinny sociopath in Nightcrawler.

The last time we saw Jake Gyllenhaal was a few weeks ago looking pretty unhealthy playing a skinny weird looking psychopath in Nightcrawler, so it’s pretty surprising to see that he’s completely and utterly ripped in his new movie Southpaw where he plays a championship prize fighter.

It’s reported that Gyllenhaal dropped 25 pounds for the role in Nightcrawler and gained 15 pounds of muscle for this one, which doesn’t sound like it’s too healthy for him but I suppose that’s the price you have to pay in order to be at the top of your game in the acting business. 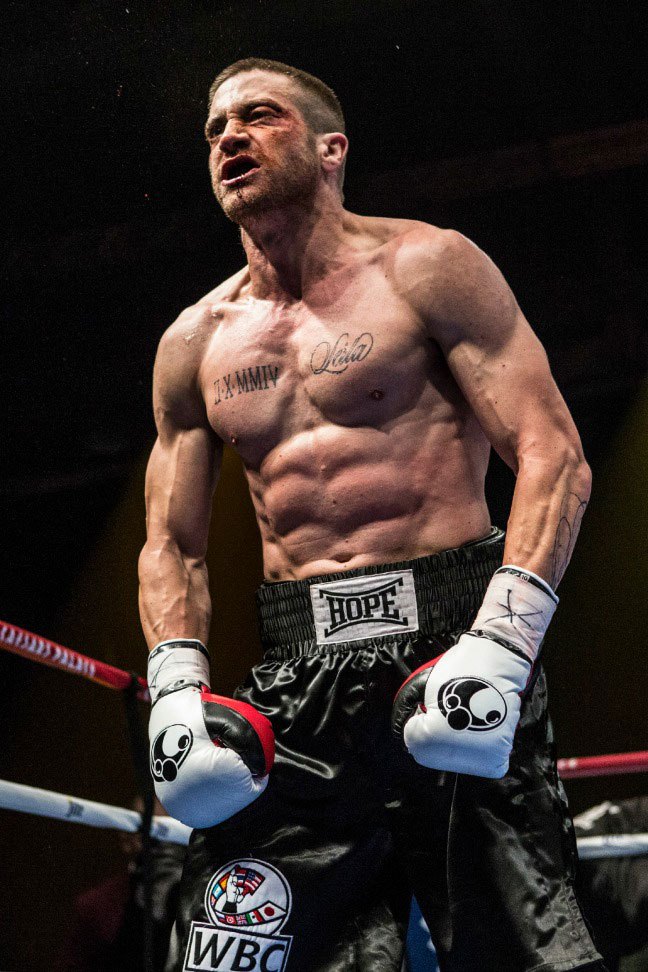 The director of Southpaw, Antoine Fuqua, explained how excited he was about Jake’s workout routine and preparation for the role, which is a bit weird but kind of interesting if you’re into that sort of thing:

I’m so pumped, man. Jake is going to change how people see him. I had him training twice a day in the boxing ring, he did two-a-days seven days a week. I pretty much had him with me and my trainer every day. I took him to almost every fight. I had him train at Floyd Mayweather’s gym in Vegas and we watched Floyd’s fights, and the Manny Pacquiao fight. He trained in New York at Church Gym with real fighters. We literally turned him into a beast… Jake, my god, he’s a very electric, powerful fighter in this movie, and a guy who fights for his daughter. I’m confident that this will change how people see Jake, as a leading man.

Well, he certainly sounds like he’s going to wet himself over this movie eh? Let’s hope that all of Jake’s hard work was worth it and the movie actually rocks when it’s released. Even if it doesn’t though, Jake can take solace in the fact that he looks a hell of a lot better than Eminem does these days.