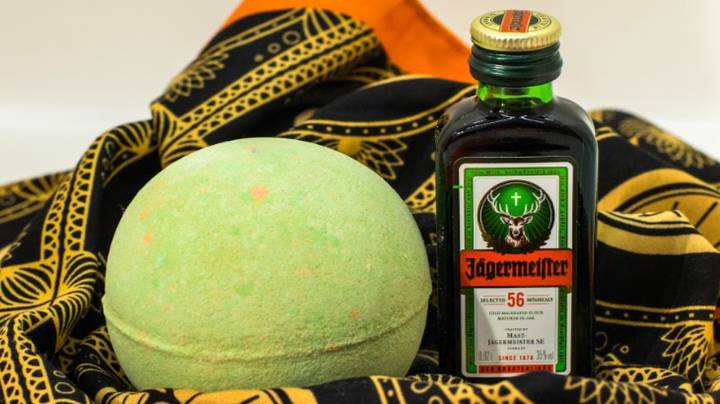 It’s fair to say that under the current lockdown rules that it’s probably been at least three weeks since you’ve even been tempted to do a jagerbomb on a night out – ain’t nobody doing one with their housemates/family during self isolation – and this seems to have hit Jager hard, so they’ve come up with limited edition Jager Bath Bombs to ease the pain.

Sadly the bath bombs don’t turn the water in your bath into Jager, instead turning it green and pumping out some distinctive Jägermeister aromatics including aniseed, sweet orange and cinnamon. Sounds kinda rank to be honest and not really sure why anyone would actually want to do that, but they’ve brought it out so there must be some demand for it.

The bath bombs were the idea of Tim Hawley, Innovation Controller at Jägermeister UK, who decided to explain his reasoning:

I recently attended a webinar on the importance of immersing yourself in the brand.

That evening as I bombed into my extra-deep custom tub, the idea came to me.

They said it couldn’t be done. They were wrong… Our BRAND NEW Jäger (Bath) Bomb is available now → https://t.co/NNRwpjWg9J#JagerBathBomb pic.twitter.com/GaV8qwL8YF

Extra deep custom tub? What the hell is the guy on about?

If the video above or Hawley’s comments have excited you, then you can pick up the bath bombs for £9.99 from the Jagermeister website but you had better be quick because they’re limited edition. You also get a couple of small bottles of Jagermeister and two bandanas for your money too, which isn’t anything to turn your nose up at.

And yeah, we did notice that the promo video we posted was dated April 1st, but we’ve checked out the website and that bath bombs are actually real. Check it out yourself if you don’t believe us.

For more of the same, check out what people were using Lush’s aubergine bath bomb as. It’s not hard to guess sadly.