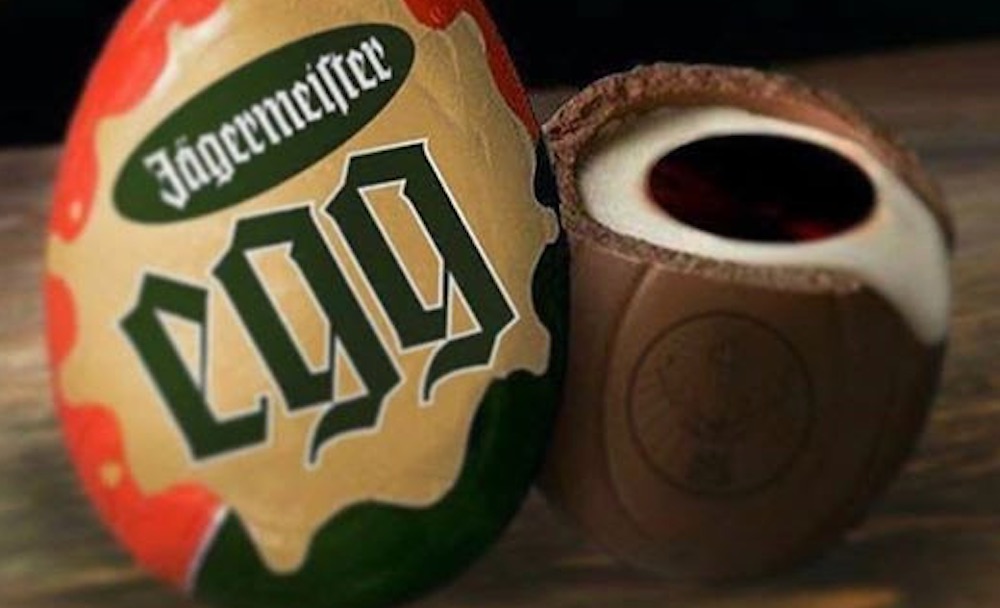 Novelty Easter eggs are becoming more and more of a common occurrence these days and the latest brand to throw their cap in the draw are Jagermeister, who are offering up a limited edition creamy alcoholic egg.

The story behind this actually harkens back to three years ago, when Jagermeister actually teased manufacturing the eggs for Easter. It was all a promotional tool, but the fans were so enamoured about it that Jager thought that they had better actually give it a go.

For some reason, this took three years to sort out and that’s where we are now: the Jager Egg. It weighs 38g – 2 grams less than a Creme Egg – and contains some 3% Jager alcoholic flavouring. Check it out:

From dreams to reality… We've only gone and made the #JagerEgg! These beauties come with their own egg cup (well, shot glass) and are ready to hatch → https://t.co/XcmoFTqvhg

Not just an April Fool's any more… pic.twitter.com/TPN1wZ9j7t

Looks kinda cool huh? The bad news is though that only 250 of them are on sale and that you have to buy them as a special Easter Egg pack that costs £9.99, although you do also get two shot glasses and a 10cl bottle of Jager. I suppose that’s almost worth it if you’re really into Jager or wanna give your energy drink loving early 20s son an Easter present, but other than that I doubt there’s gonna be too much of an audience. Good luck if you’re really desperate to get one.

For more Jager, check out this girl downing the ultimate jagerbomb. Gee whizz.