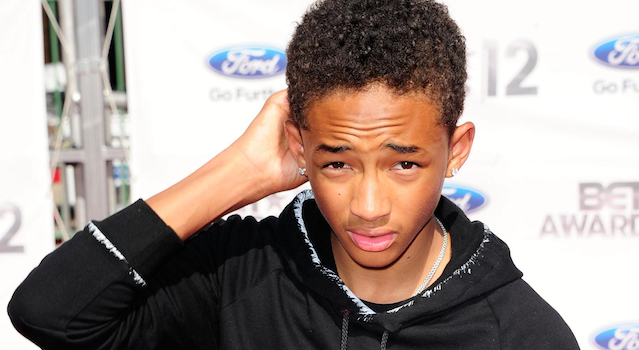 The tweets of a 15 year old kid probably shouldn’t be taken too seriously, but Jaden Smith’s really are completely weird and bizarre.

You know who Jaden Smith is right? He’s Will Smith’s son and he’s a rapper, actor and best friends with Justin Bieber. He probably writes screenplays too. We featured him on Sick Chirpse way back when his first song dropped and was actually pretty sick, but since then he’s become even more famous after appearing on Graham Norton and in that After Earth film that nobody actually saw because it looked terrible – whoever released it actually had to hide the fact that M.Night Shyamalan was involved with it on the posters to try and get more people to go and see it. They didn’t and it lost about $50 million at the box office.

Still, it helped elevate Jaden Smith more and more into the spotlight and he’s now almost famous in his own right, aside from just being Will Smith’s son. If his Twitter account is anything to go by though, this exposure to fame at such a young age might actually have driven him insane. None of his tweets seem to make any sense, and some kind of sound like they’re directly lifted from teenage protagonists in Bret Easton Ellis novels while others sound like they’re lifted directly from a three year old kid watching Sesame Street. There isn’t much of a middle ground either, which makes the whole thing even more bizarre.

Take a look at some of our favourites below and let us know what you think, but there really isn’t much to say except for ‘WTF?’. Of course, he’s a 15-year-old kid who’s grown up fast and could just be doing this to actively troll everyone who follows him by making them think he’s a weirdo, but the fact that he’s even doing it in the first place is probably just as weird. Oh, to be 15 again….

UPDATE: It’s also worth nothing that the only person who Jaden Smith follows on Twitter is Bob Marley, which goes some way to explaining all these tweets he sends out that make no sense.

How Can Mirrors Be Real If Our Eyes Aren't Real

I Obviously Wasn't And Even If I Was.
Grow Up #CTV2

"It's Your Birthday" Mateo Said. I Didn't Respond. "Are You Not Excited To Be 15" He Asked. Reading My Book I Uttered "I Turned 15 Long Ago"