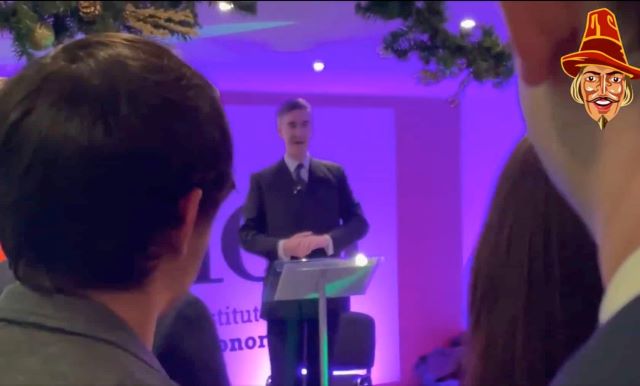 Welp, here’s the Leader of the House of Commons literally laughing at social distancing, and by extension everyone that follows the rules his government set. Rees-Mogg also laughs at the possibility that they could be investigated! Which goes to show he thinks he and his Tory buddies are above the law and untouchable (which he could be right about, to be fair).

Earlier, this video leaked of Downing Street holding a mock press conference where they cracked jokes about the same Christmas party:

No 10 has spent the past week denying any rules were broken. This new evidence calls that into question. pic.twitter.com/nKYK0tG0dQ

Amazingly, Boris Johnson is on PMQs right now insisting that no Christmas party took place, and says he has asked a Cabinet Secretary to investigate (lol). Here’s what he said exactly:

I understand and share the anger up and down the country at seeing No 10 staff seeming to make light of lockdown measures, and I can understand how infuriating it must be to think that people who have been setting the rules have not been following the rules because I was also furious to see that clip.

I apologise unreservedly for the offence that it has caused up and down the country and I apologise for the impression that it gives.

Which means Downing Street staff were joking about an imaginary Christmas party? Seems likely. Especially as no member of government has ever been caught flouting Covid restrictions before. Nope. Not ever.

Shame to see a once credible political party become such an utter shambles, but I guess you can say that about every political party these days. Surely there’s no way Boris survives in office much longer, is there?

It was only the other week Boris was straight up asked by a journalist if ‘everything is OK’ after a calamitous press conference.