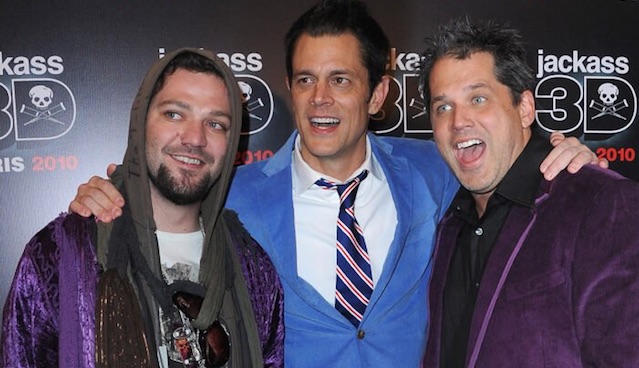 Things are getting heated.

The ‘Jackass’ crew seems to be splintering more than ever in the past couple of days after Steve-O publicly condemned a video from Bam about how he felt abandoned by the rest of them over his firing from ‘Jackass 4’, and now director Jeff Tremaine has revealed that he’s taken out a restraining order against the troubled star after seeing said video.

You can check the Instagram clip below below, where Bam publicly bitches Tremaine and Johnny Knoxville out for making it really, really difficult to claim the $5 million he’s allegedly owed for appearing in the movie despite being fired:

It’s unclear at the time of writing whether Bam has actually done more to Tremaine other than release this video, but the fact that he seems to regularly be taking drugs, is deeply traumatised from the death of Ryan Dunn and being left out of the movie and just a general maniac probably has something to do with it. In April, Bam made a nothervideo here he said he had just come out of rehab and was on 18 different prescription drugs:

Jesus. Like I said earlier, I hope Bam manages to sort himself out and these guys can kind of work it out, but he’s pretty much seemed like a disaster waiting to happen for years now and this might be one of his lowest points. We’re all rooting for you buddy.

For more of the same, check out Bam Margera talking about the worst thing that a ‘Jackass’ fan ever did to him. Can understand why he’s so messed up to be honest.