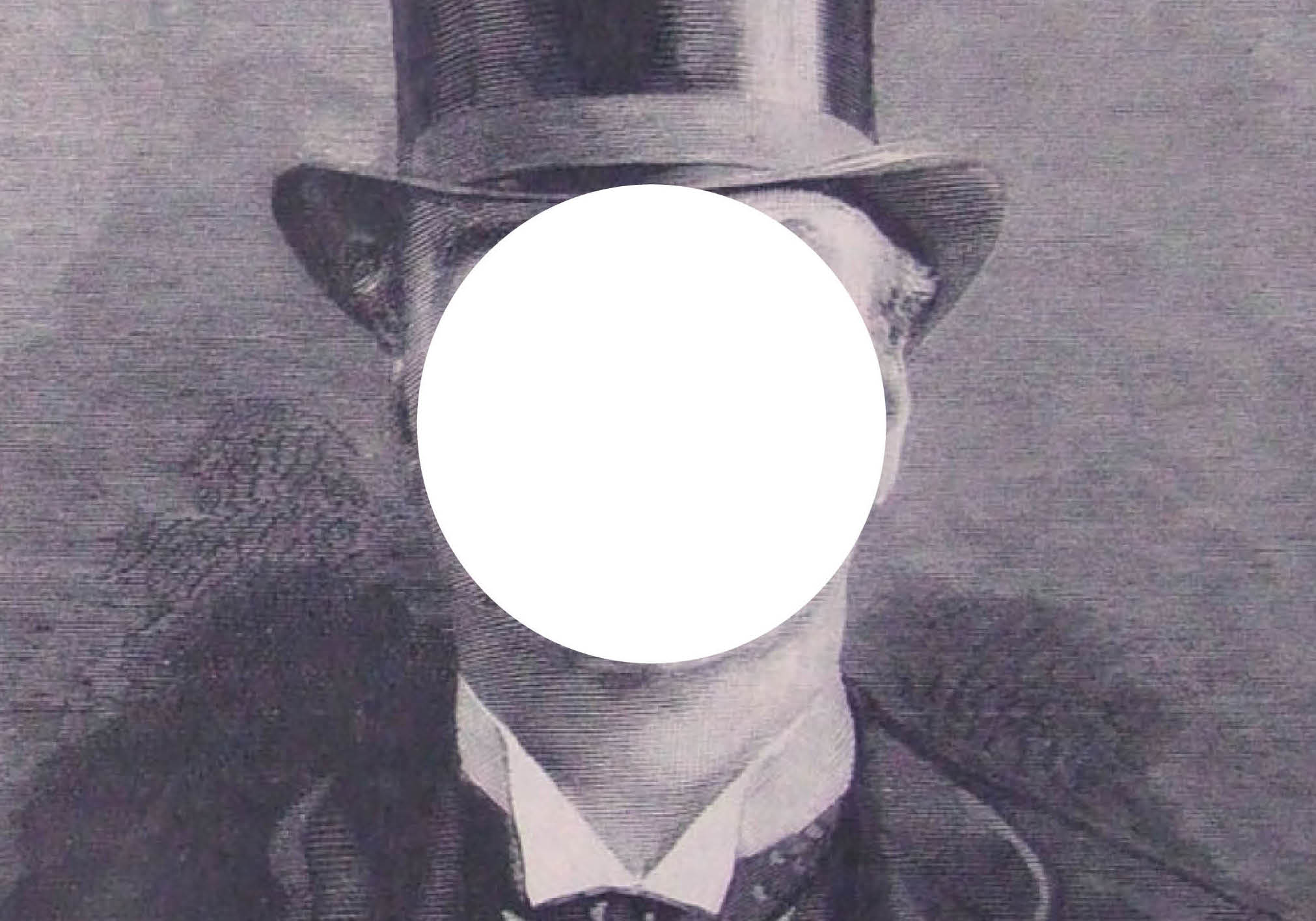 Jack the Ripper’s case might finally be put to bed.

We’re all familiar in some way or another with Jack the Ripper. Generally considered one of the world’s most notorious crimes, he was the infamous Victorian serial killer who terrorised the streets of East London, murdering prostitutes along the way.

The five murders took place specifically in Whitechapel in 1888, which saw the victims mutilated in a horrific way. Despite the fact that the identity of the killer has remained a mystery, it has been suggested that he or she was a doctor or butcher, based on the evidence of weapons and the mutilations that occurred, which showed knowledge of human anatomy.

One theory that was put forward suggests that it was Queen Victoria’s grandson, Prince Albert Victor, also known as the Duke of Clarence, although the evidence for this is pretty flimsy.

Up until now, the theories on Jack the Ripper’s identity have been speculative. But not too long ago, a writer known well for his screenplay work figured out the case – or so he claims.

Now before you go dismissing this man, it would be helpful for you to be aware of his background. His name is Bruce Robinson, and he is best known for writing and directing the cult classic English comedy ‘Withnail and I’. If you haven’t seen this film already you should – it’s the perfect example of witty British humour and is also semi-biographical based on Robinson’s life in the 60s. 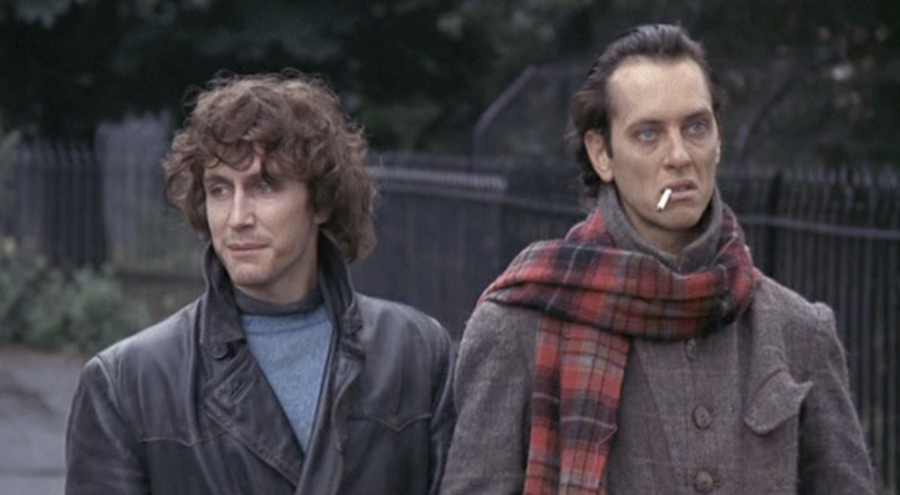 Robinson has also written many screenplays for major movies including ‘The Killing Fields’ and more recently ‘The Rum Diary’. But rather than simply listing his skills as a talented writer, what I want to highlight is the way that Robinson researches for a film because it proves that if anyone is going to solve the famous Ripper case, it would be Robinson.

Now back in the 80s, Robinson took on the task of researching and writing the script for a movie called ‘Fat Man and Little Boy’ – a film that re-enacts the Manhattan Project, a secret wartime project in New Mexico where the first atomic bombs were designed and built. 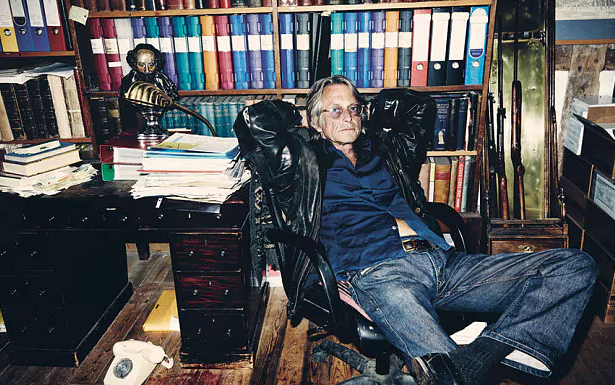 For this project, Robinson undertook a mammoth two and a half year research and writing process that would put most investigative journalists in the shade. And during this time he uncovered a significant truth about the race for the atomic bomb between the US and the Nazi’s, which no one had openly covered before. Here’s what Robinson said on the topic in his book ‘Smoking in Bed’:

It went on like a lightbulb, viz: the race for an atomic bomb between Nazi Germany and the Allied Powers was bullshit. It was a piece of opportunism that has always been sold to us as an historical fact. The Germans were building the most destructive weapons they could, as were England and America, but the ‘race’ for The Bomb between the three nations was a lie, and it seemed to me a fascinating paradox that the most secret and most expensive project in the history of mankind – bigger than the pyramids – was premised on a lie.

As soon as I got this idea assembled, that there was no arms race, I had to go about the business of proving it. Almost without exception the senior scientists who built the atomic bomb were Jews on the run from the Nazis. Hitler kicked them all out, including the greatest Jew of them all, Einstein. Hitler called nuclear energy ‘Jewish physics’. The world experts on it, people like Edward Teller, Leo Szilard and Enrico Fermi, had fled to America, and ultimately Groves and his ilk thought, ‘Let’s herd all these guys in and tell them we’ve got to build a bomb because we’re in a desperate race with Hitler.’ 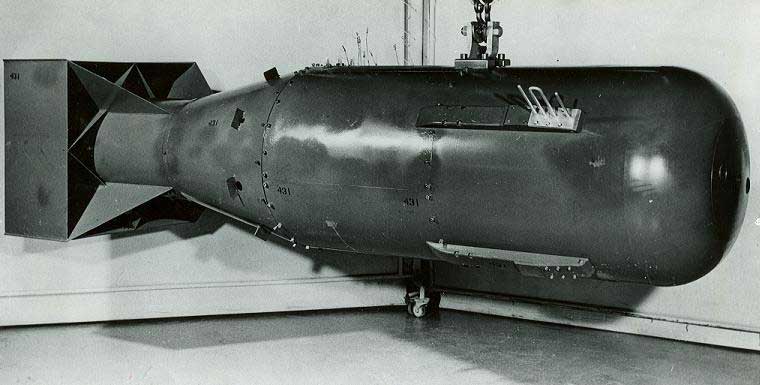 Once I was onto this, I started hassling the Atomic Energy Commision and the various Army departments with requests under the Freedom of Information Act to begin the painful business of extracting a confirmation. Normally how the Freedom of Information Act works is it’s like playing poker with a multi-millionaire: they’ll always win because they can always up the ante. You ask for a certain thing and they send it back all blacked out, saying, ‘Should this not be sufficient, you must write back enclosing a research cheque.’ We had the funds, and I or my assistant were writing back saying, ‘No, this isn’t sufficient. We want document blah blah, 1942,’ and two weeks later that would come back all blacked out, with, ‘Should this not be sufficient…’ We played the same game as they were playing with us, because we could afford to do it.

Eventually with this back and forth Robinson had cracked it – but it didn’t come without risks. At one point he thought about packing the project in after receiving numerous anonymous calls which he worried were threats about uncovering the truth.

Now I know by now you must be wondering, “what has this got to do with Jack the Ripper?” Well, as said, the fact that Robinson was able to uncover such a huge historical fuck up (that the race to create the atomic bomb was based on lies), then surely we can trust that his theories on Jack the Ripper’s identity are based on fact and investigative research, rather than pure speculation.

With this in mind, let’s take a look at this findings. 2015 marked the end of 15 years of research carried out by Robinson into this extraordinary quest for his book called ‘They All Love Jack: Busting The Ripper’. More than 800 pages in length, it is the fruit of intense, even obsessive, dedication:

I thought it would take me two years – a year to research and a year to write.

Had I known – truly known – then what I know now, I would never have started.

Regardless of his understandable hindsight (15 years is a fucking long time to spend on anything), Robinson’s research was both fruitful and insightful. He began his investigation with the question of why Jack the Ripper was never caught, and does not hesitate to supply the answer. He was not caught because the entire apparatus of the ruling class — the royal family, aristocracy, politicians, judiciary and police – did not want him to be. In fact, Robinson argues that the Ripper was a psychopath, “shielded by the servants of the Victorian state.” He added that:

Any smart copper could have stopped this catastrophe in its tracks.

This angle was sparked by police officer Charles Warren. On a night of one of the Ripper’s murders, he rushed to the East End in the early hours of the morning, not to examine the bodies, but to inspect some graffiti. After coming across the graffiti, which said, “The Juwes are the men that will not be blamed for nothing,” Warren immediately ordered for it to be washed off the walls. Robinson said:

It was a light-bulb moment. We’ve got this rampaging maniac in the East End, but it suddenly occurred to me – what if they didn’t want to catch him? Is there any mileage there? Let’s go down that street.

This led Robinson down the path to his explanation and theory on Jack the Ripper. The book is a scalding critique of the hypocrisy at the heart of the establishment in Victorian England, and the role played in it by Freemasonry:

It was endemic in the way England ran itself. At the time of Jack the Ripper, there were something like 360 Tory MPs, 330 of which I can identify as Masons. The whole of the ruling class was Masonic, from the heir to the throne [Edward, Prince of Wales] down. It was part of being in the club.

And of course, Robinson has a candidate: Michael Maybrick, a popular musician whose compositions include ‘They All Love Jack’. Within the book Robinson presents a mountain of evidence to back his claim including a diary that surfaced in 1992 by James Maybrick in which he confessed to being the killer. Maybrick (who also happens to have been a Freemason) was a serial adulterer who died in 1889 as a result of poisoning. In one of the most controversial trials of the era, Maybrick’s wife Florence was convicted of the murder. 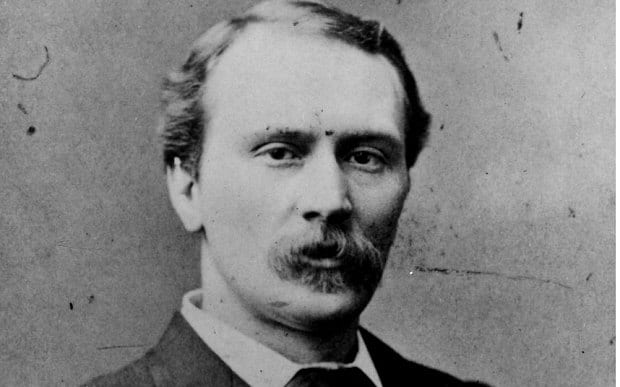 Although the diary itself was dismissed as a hoax, Robinson found the structure of it to be highly unusual and incredibly potent and in ‘They All Love Jack’, Robinson argues that it had been written by the murderer – not James Maybrick, but his brother Michael. It’s an impressive achievement and provides an incredibly convincing argument to the identity of Jack the Ripper.

So has the world’s most famous crime been put to bed? Not for definite, but after reading the book I would say that I am convinced. Whether it’s true or not, Robinson has once again dug where not one else dared and highlighted the reason why Jack the Ripper was not caught.